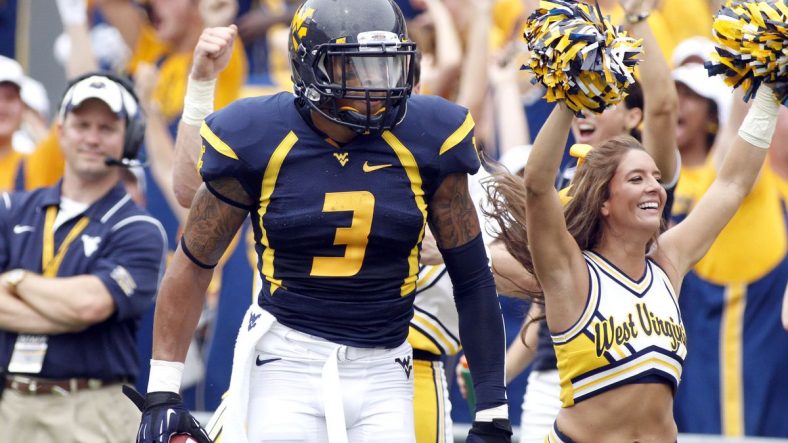 In November of 2015 former WVU receiver Stedman Bailey was shot three times and twice in the head near his childhood home. Now he has been cleared by doctors to play.

Though Bailey did not suffer any damage to his brain tissue, the shots did fracture his skull. At the point his only concern was survival. It was considered a given he would never play football again.

Now he’s out to prove that theory wrong.

The 27-year-old Bailey has been working out with Rams receiver and former teammate Tavon Austin and Steelers all-world receiver Antonio Brown. He’s looking to get back on the gridiron.

“Doctors say I can play,” the former Mountaineer said to DubVNation. “But it’ll be up to teams to clear me, which I’ll be looking at this offseason.”

Though doctors say he can play, that doesn’t mean teams and their team doctors are going to clear him.

Looking for a comeback story to rally around? @PSchrags shares @iamSB3 incredible journey back to his NFL dreams in this week's #Underappreciated pic.twitter.com/Nj7YWFZJas

Peter Schrager of Fox Sports spoke of the medical procedure on Stedman Bailey. A titanium plate was put in place of the damaged part of his skull. The plate is harder than human bone. Physically Bailey is looking good. Schrager reports that he is in football shape and running a 4.4 40-yard-dash.

In an era of raised concern for head trauma that makes it even tougher for Bailey to make it all the way back to the NFL. Despite this, Bailey is determined and hopes to be picked up as a free agent next season.

“I’ll be looking for teams to bring me in for workouts so they can see me move personally,” Bailey said to DubVNation. “From there I know I’ll be good.”

Not long ago it was considered a given Stedman Bailey was done playing football. Now he’s looking for a chance. Don’t count Stedman Bailey out. Plenty of Mountaineer fans will be in Bailey’s corner during his comeback.

We’ll send you off with these highlights to remind you what a bad dude Stedman Bailey was for the Mountaineers.