Starting Linebacker Out For Rest of Spring 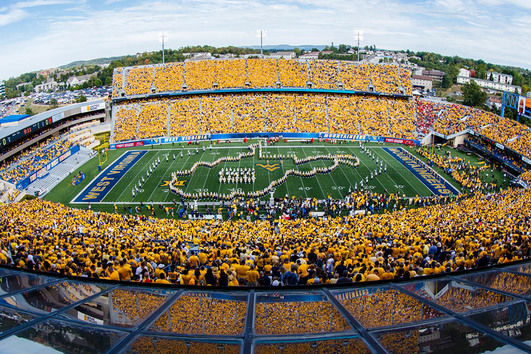 West Virginia senior starting linebacker Quondarius Qualls will mist the rest of spring, but could be back in tie for the season, after suffering an ACL tear in spring practice, Dana Holgorsen said on  Sportsline Monday night to Tony Caridi.

“He, unfortunately, just came down with an ACL (injury),” Holgorsen said. “He’s going to be out for the remainder of spring and summer. We look to get him back for the fall. He was a guy that was really standing out and, boom, there goes another one with a knee (injury).”

Quondarius Qualls, one of the standouts of the spring and the listed starting SAM LB for #WVU, is out for spring and summer (and beyond?) after ACL injury, says Dana Holgorsen… https://t.co/jSxY1XqGaz

Qualls was slated to be the starting SAM linebacker. This was per the spring prospectus, which isn’t official and at the very least Qualls was going to be in the linebacker rotation in the upcoming season.

He came over as a highly desired JUCO transfer from Northwest Mississippi C.C. They were JUCO national champions in 2015. He had 19.5 sacks as a member of their team.

It is very bad news that he could miss the season, especially because the team is very thin at linebacker. At least he does have a redshirt available. If he is not able to fully recover by the time the season rolls around, he could still have one year of eligibility left for 2019.