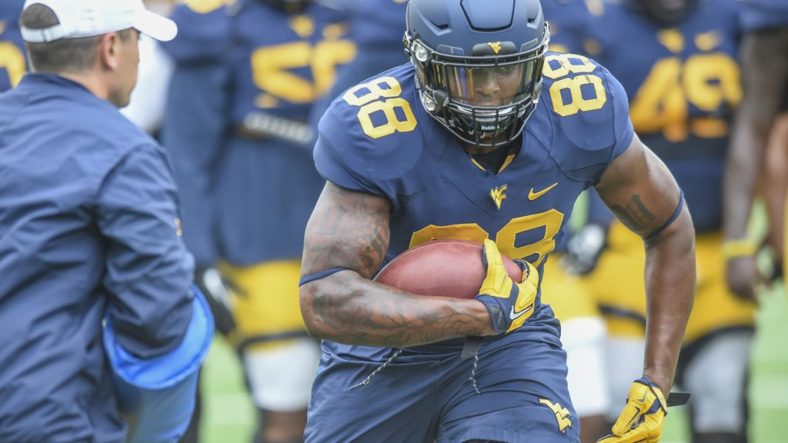 According to sources close to EerSports, starting defensive lineman Adam Schuler is no long with the West Virginia football team. Per their report he has left the team to pursue a career in track and field.

During his first two seasons as a Mountaineer, Shuler played in 25 games. While a redshirt freshman he played in 13 games, starting in one. During this past season Shuler played in 13 games, starting 10. He did not start any of the final three games and had been passed on the depth chart by JUCO transfer Eekiel Rose. During his Mountaineer career Shuler had 51 tackles including three for loss and two sacks.

Shuler made a post on Twitter that confirmed he is transferring, but he did not make any mention of track and field. Per this report from Springfield News-Sun it appears likely he is transferring to play football somewhere else.

During his high school track career Shuler was a state finalist in the shot put, but his best event was the discus. Shuler won the state championship in discus as a senior.

There are other West Virginia sources who believe Shuler is going to try his hand at track and field.

Per @mikecasazza, #WVU DE Adam Shuler is longer on the team and is pursuing a career in track and field… https://t.co/MKWzxp1pH3