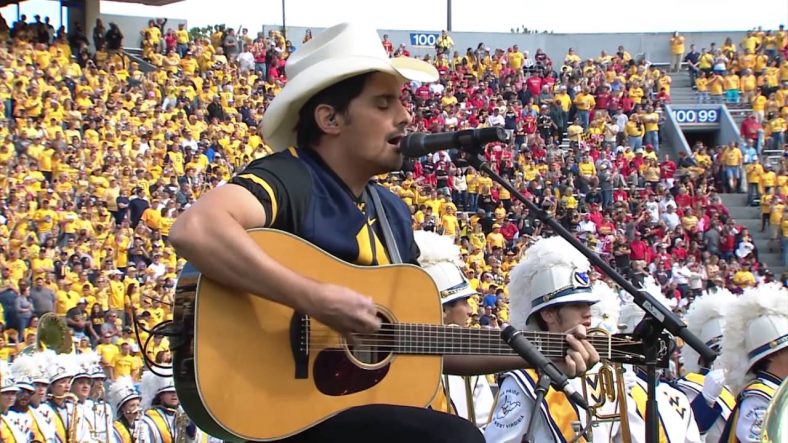 They got it right when they didn’t leave off the West Virginia Mountaineers tradition of the fans singing “Country Roads” after their teams gets a W.

Country Roads was ranked No. 7 when it comes to the best traditions in college football. Here’s what SI had to say about it:

There’s karaoke, and then there’s karaoke with 60,000-plus of your closest friends. John Denver’s “Take Me Home, Country Roads” is now the unofficial anthem of the Mountaineers—it has been sung at games since 1972 and Denver even came to Morgantown in 1980 to commemorate the school’s new stadium.

You can check out the rest of the top ten list here:

Recently the WVU basketball team and their fans took this tradition to Spain for an unforgettable rendition.

Another memorable time when the Mountaineers and their fans took Country Roads on the road was when Bank of America Stadium in Charlotte, North Carolina turned into Mountaineer Field South.

Just a little over two weeks before the Mountaineers open up the season against James Madison. If things go as planned Mountaineer Field will be belting out Country Roads at the end of the game.