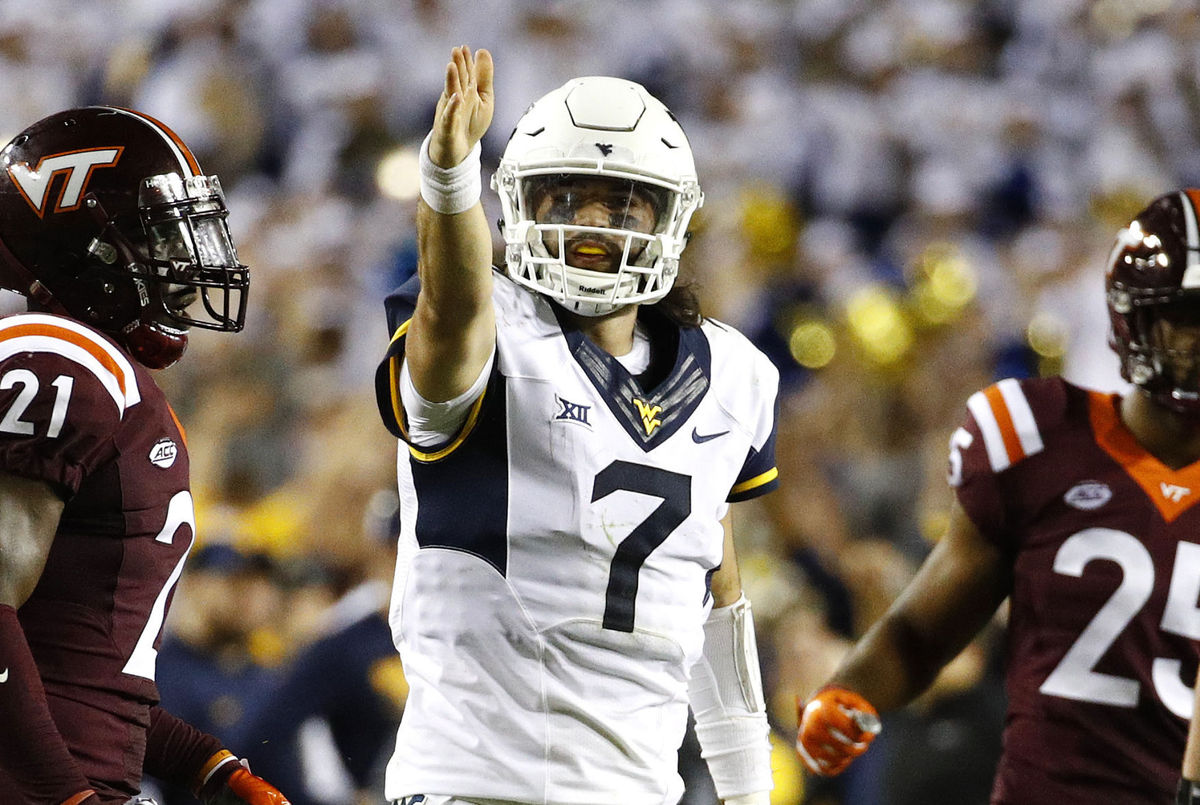 Andy Stapleton of Sports Illustrated released his early favorites for the 2018 season. According to his calculations, Will Grier is one of the top contenders.

Grier’s college career was interrupted by a suspension for a positive test in an NCAA drug screen while at Florida. His breakout season as a redshirt junior was interrupted by a broken finger on his throwing hand. Should Grier and frequent touchdown collaborator David Sills V return for one more season in Morgantown, they could put up some absurd numbers in a wide-open—in every sense of the phrase—Big 12.

Sure this is way too early, but the Mountaineers don’t play in basketball until Saturday and the bowl is a few weeks away. What else are Mountaineer fans supposed to do with their time?

Before suffering a broken finger against Texas, Grier was having an incredible season. Staples named 15 contenders for the award if he decides returning for WVU for his senior season is what he wants to do.

David Sills has went on the record saying that Will Grier is the top quarterback available this year for the NFL Draft. If that were the case then Grier would not be back to play quarterback for WVU for the 2018 season.

There have been multiple reports claiming that he should be back in Morgantown for his senior season. Then there has been a conflicting report as well. Time will tell.

If Will Grier does decide to return, he could be the best quarterback in college football. Coming off of a season where he threw for 3,490 yards along with 34 touchdown passes and 12 interceptions in just 11 games. If Grier can build on those numbers for the 2018 season a Heisman run isn’t too insane to think.

It is still up in the air whether or not Grier will play in the Heart of Dallas Bowl. The Mountaineers take on Utah on ESPN December 26 at 1:30 p.m. EST.