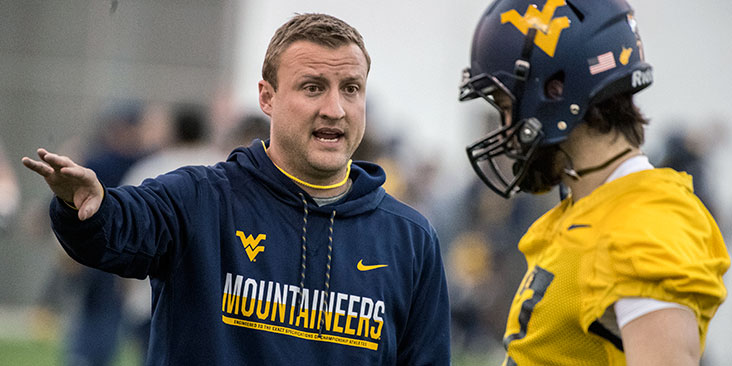 After coming over to West Virginia from California University to be offensive coordinator, Jake Spavital is already drawing interest from South Alabama to be head coach.

It was reported by Chris Landry earlier that week that Jake Spavital, as well as USC defensive coordinator Tee Martin have drawn interest from South Alabama after their head coach Joey Jones resigned.

USC OC TEE MARTIN & WEST VIRGINIA OC JAKE SPAVITAL are among the coaches that SOUTH ALABAMA is interested in talking to with the resignation of Joey Jones….

If Spavital was hired, he would become the youngest head coach among all FBS teams next season. Lincoln Riley, the 34-year-old head coach of Oklahoma currently holds that title.

On one hand it’s good to see a Mountaineer coordinator having enough success to be considered for a head coach, but on the other hand the Mountaineers need to hang onto their guy. If Spavital were to take off, would head coach Dana Holgorsen take over the play calling again or would he bring in another offensive coordinator from the outside? It’s hard to say. We’ll be following this story closely.