Something MUST be done about the WVU Football Student Section 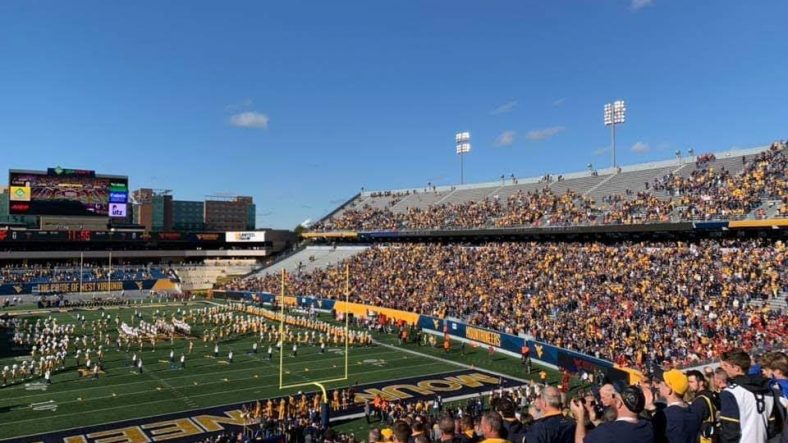 Before we go forward it’s important to point out that we do realize students were on their fall break. No matter what the reason, there cannot be this many open seats in the WVU football student section.

This year it’s been noted several times that the student section is not coming through for the football team. Whether it’s leaving at halftime, being on break, no matter what the reason, having that many open seats in the stadium is a horrible look.

I know it’s halftime but YIKES

A post shared by Mountaineer Sports (@mountaineersportsdotcom) on Oct 12, 2019 at 5:04pm PDT

Last night there were several big college football games on. USC was in South Bend. The Florida Gators paid a visit to Death Valley to take on LSU. Penn State visited Iowa. These football programs would NEVER have an eyesore in their stadium like there is on a regular basis at Mountaineer Field’s student section.

Yes, I do realize that WVU is not on the level of Notre Dame or LSU as those are two of the most prolific college football programs in the country. But for a football program that aspires to get much closer to that level, the administration needs to figure out a way to pack the house. Whether it’s scheduling the fall break during an away game, cutting down the number of student tickets or allowing the students to leave for halftime and return, something needs to be done.

The student section did a decent enough job of sticking around against Texas, but this needs to be a consistent weekly effort.

#WVU needs to just do away with the student section. This is sad. Sell those sections as GA to people who actually care and want to go to the games. Absolute shame. https://t.co/OKnCPwBgvS

Neal Brown is building a program and it’s going to take some time. That’s why he has adopted the phrase #TrustTheClimb. But during the climb, the Mountaineer fans need to pack the house and support this young team. Make this a place that high school recruits experience and can’t wait to be a part of it.

It is understood this is a week where it was going to be tough for the students to be out in full force. But this cannot happen. Adjustments need to avoid this in the future.