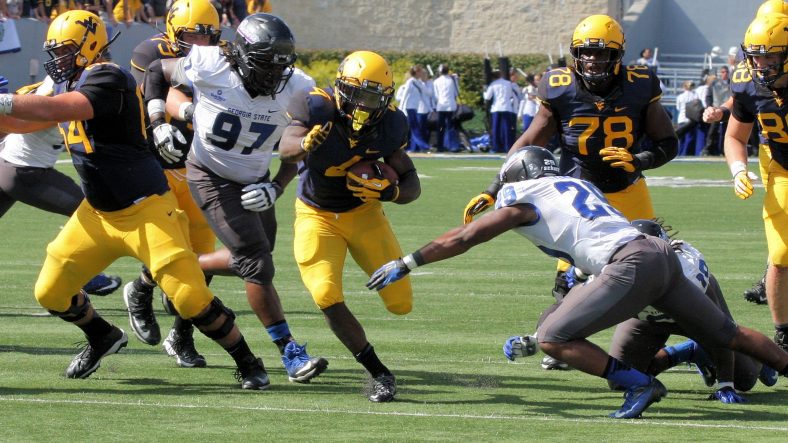 This stinks. We’re all innocent until proven guilty, but it sounds like it is going to take a while for him to prove that.
Check it out:

Sophomore running back Wendell Smallwood, projected to be an essential component of West Virginia’s offense this fall, was arrested by campus police Monday and faces extradition to his home state of Delaware where he will be charged with witness intimidation stemming from a 2012 murder case.

WVU police declined to discuss details of Monday’s arrest, in which Smallwood was identified as an out-of-state fugitive. Campus police said chief Bob Roberts would be able to provide more information Tuesday morning.

Attempts by MetroNews to reach Roberts at home Monday night were unsuccessful. Authorities in Wilmington also declined to discuss Smallwood’s case, citing the fact he has yet to be officially charged.