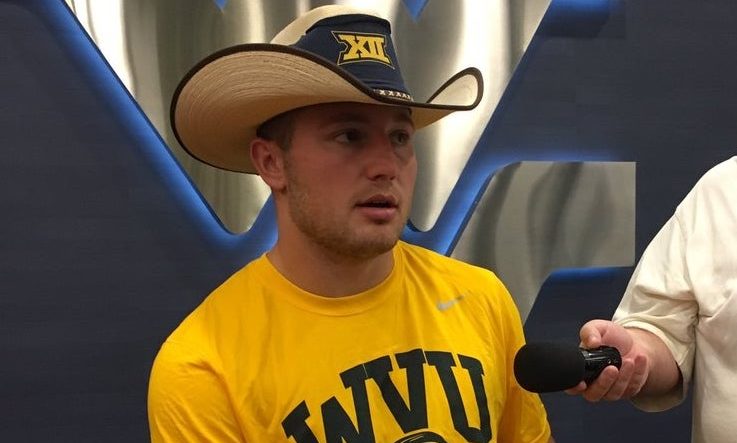 Skyler Howard, the former West Virginia quarterback who threw for 7,302 yards and 60 touchdowns during his college career, now plays for the Obic Seagulls of the Japan X League.  Howard’s Obic team won the Pearl Bowl title for the 3rd consecutive season.

According to the Seagulls’ official website, Howard decided to play in Japan because he viewed it as “a great opportunity to play football and learn a new culture at the same time.”  He went on say,  “I want to improve as a player and as a person. I believe that when you are taken out of your comfort zone that you will learn new things about yourself and become a better person.”

Following Howard’s Senior season at WVU where he led the Mountaineers to a Cactus Bowl win against Arizona State, Howard signed as an undrafted free agent with the Seattle Seahawks and was waived shortly after.  He then signed to the practice squad with the Toronto Argonauts of the Canadian Football League in 2017 but was again waived before making the actual roster.

Though many Mountaineer fans don’t look back fondly at the Skyler Howard era, he led West Virginia to a very successful year during his senior season. Both from a statistic standpoint and the team was able to get a win in a bowl game along with a 10-win season. Howard had 26 touchdown passes and 10 rushing touchdowns his senior year. In Howard’s junior year he had 26 touchdown passes and six touchdowns rushing.

Howard put smiles on the faces of many Mountaineer fans when he took to Twitter to voice his support of Will Grier:

The Fort Worth, Texas native has had a very interesting football career to say the least. Originally he was slated to attend Stephen F. Austin as a walk-on before deciding to transfer to Riverside City College. Finally Howard surfaced in Morgantown in 2014 and got on the field a limited time his first season before starting his junior and senior season for the Mountaineers.

Howard decided to play overseas in the Japan X League and has played on the top team in the league since his arrival.  In last year’s Pearl Bowl, he passed for 102 yards and rushed for another 63 yards and was named the MVP.

Howard, who was known for his toughness and guts while at WVU, continues to have a great deal of success in Japan and continues to represent the great state of West Virginia while doing so.