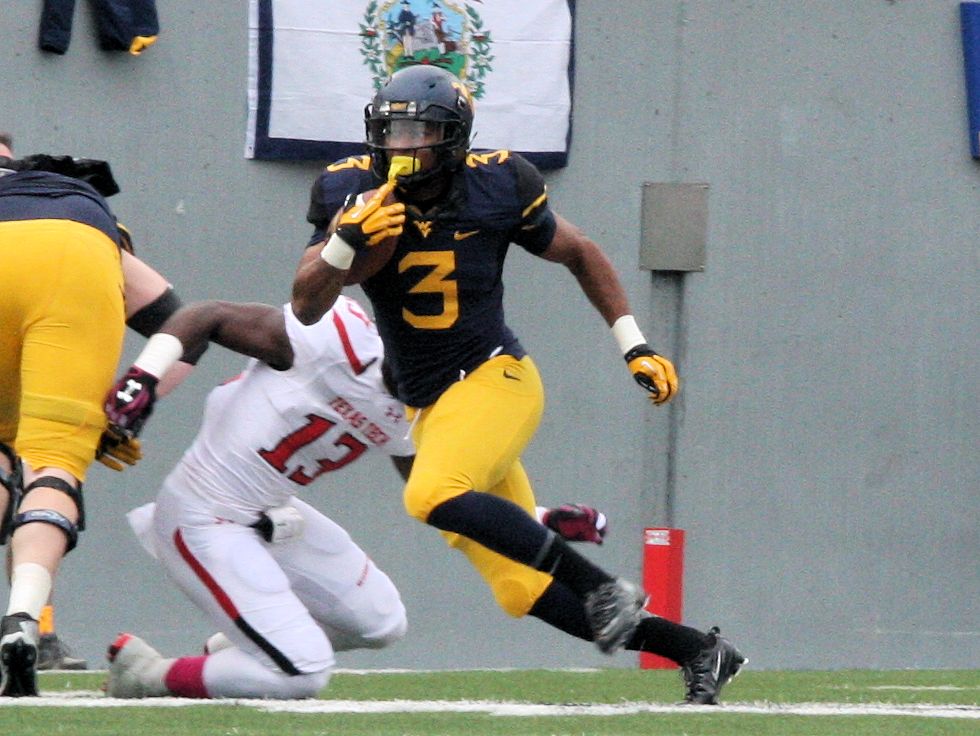 Sims should reach this goal. Here’s to hoping he gets lots of extra wiggle room too!
Check it out:

Known for producing 4,000-yard passers and 1,000-yard receivers on a yearly basis, Dana Holgorsen will have neither once West Virginia wraps up its regular season early Saturday even against Iowa State.

But the Mountaineers (4-7) can produce their first 1,000-yard rusher since 2009 if senior Charles Sims can get at least 54 yards on the ground against the Cyclones tomorrow evening.

For a WVU offense that was once built on developing 1,000-yard rushers, that is something the coaching staff can hang its hat on when all of them hit the recruiting trail a little earlier than usual in December. For running backs coach JaJaun Seider, having Sims exceed the magic 1,000-mark would be a great accomplishment for the senior.

“He’s never had it,” Seider explained. “You think about his career (at the University of Houston). He’s had 800 yards receiving and it’s the same thing here. We spread them out so much that you don’t always take advantage of him enough in the backfield. He wants it. It means a lot to him. I’m just a coach; they’ve got to go out and play and I want what’s best for the (running backs) room.”