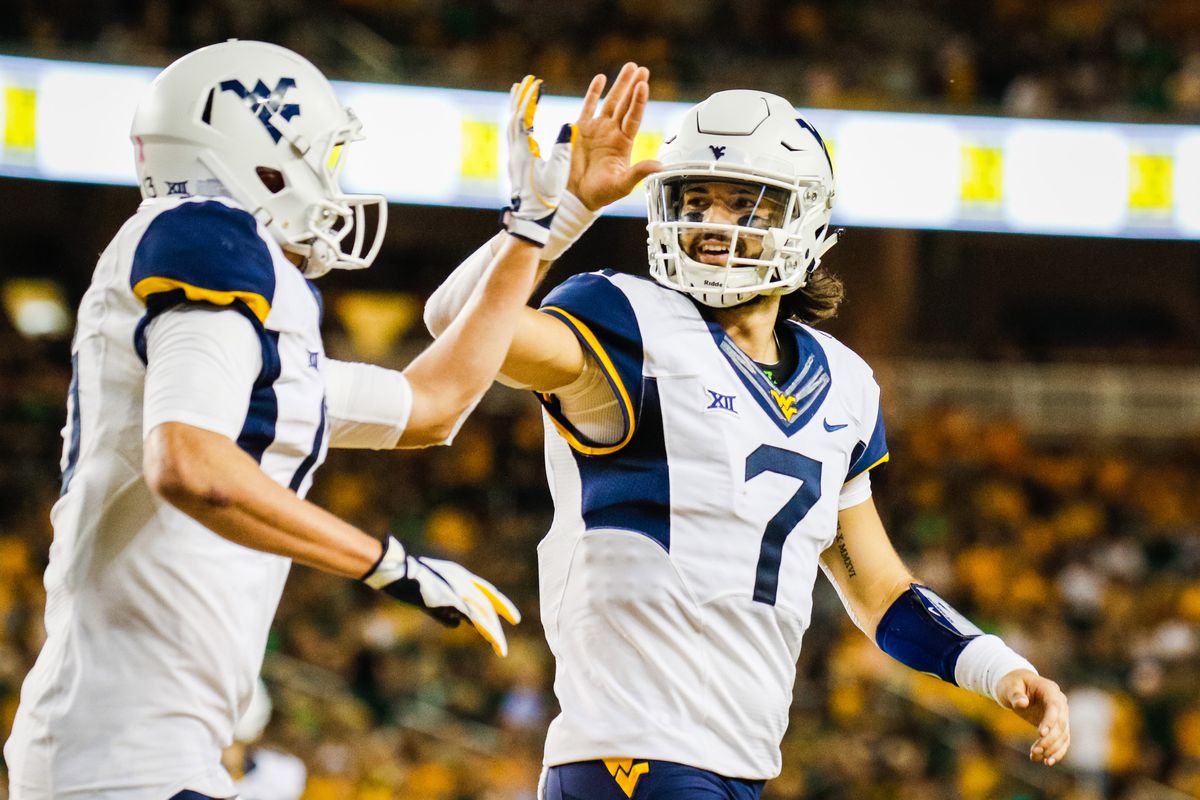 According to SI, West Virginia football fans could have a very exciting 2018 season in store. SI projects a big season from the Mountaineers in 2018.

The Mountaineers have the talented duo of Will Grier and David Sills both returning for their senior seasons in Morgantown. Stopping at mentioning only those two sells the rest of the offense short. Gary Jennings Jr. and Marcus Simms also return and will be joined by Alabama transfer TJ Simmons, giving the Mountaineers an embarrassment of riches at the receiver position.

Simmons played one year at Alabama. He enrolled early before his freshman year and saw action on special teams. Simmons was expected to have a much larger role in the offense during the 2017 season, but still opted to transfer to Morgantown. He was a three-star recruit according to rivals and will have three years of eligibility left when he begins play in the 2018 season.

Then you take a look at the running backs. Juniors Kennedy McKoy and Martell Pettaway will be joined by three-star recruit Leddie Brown out of Philadelphia. The backfield will have the advantage of a passing attack that should have the opposing linebackers off balance. This should give the Mountaineer running backs ample room to pick up some serious yardage on the ground.

There is plenty of talent returning on the offensive line. Four of the five starters are slated to return for the 2018 season.

Defense is a different story, but with the return of playmakers David Long Jr. and Kenny Robinson, defensive coordinator Tony Gibson expects to see strides from the defense. Incoming freshmen safety Kwantel Raines and defensive lineman Dante Stills are expected to come in and make immediate contributions on that side of the ball.

Here is what Chris Johnson of SI had to say:

Few programs will head into this season with a more potent quarterback–wide receiver duo than the Mountaineers’ Will Grier and David Sills V. … [Grier is] a battle-tested trigger man who gives the Mountaineers continuity under center at the same time that the three top teams in the Big 12 standings are breaking in new starters at quarterback.

A rickety defense could keep West Virginia from climbing into the playoff picture, but coordinator Tony Gibson will have an all-conference talent to work with in playmaking linebacker David Long Jr., who ranked fifth in the Big 12 in tackles for loss in 2017 despite missing the first month of the season with a knee injury.

The 2018 #WVU football schedule has been announced!
DETAILS: https://t.co/lD89PBn0lf pic.twitter.com/CQi5mTUlFn

One thing to consider is the advantage Will Grier gives the Mountaineers for the upcoming season. With Baker Mayfield (Oklahoma), Mason Rudolph (Oklahoma State) and Kenny Hill (TCU) all graduating, this year is a great opportunity for the Mountaineers to leap to the top of the Big 12 standings.