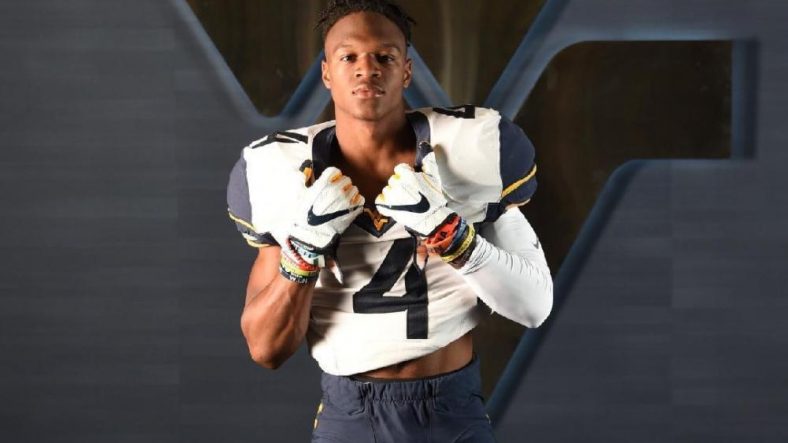 Neal Brown, frustrated with his offense’s lack of production, recently stated, “We’re going to let the young receivers have a chance.  Winston Wright and Ali Jennings, they’ll play for the first time this week.”

Winston Wright, the 5’10 170 pound Wide Receiver from Savannah, Georgia, is special.  Yes, he is only a 3 star player according to Rivals, ESPN and 247 Sports.  Yes,  he’s only rated as one of the top 80-100 high school players in Georgia this year, but when you watch him on film you tell very quickly that he just has it.  His incredible elusiveness and deceptive speed make him extremely difficult to tackle when he gets his hands on the ball and he has a real knack for finding the endzone.  No one could cover him in high school.

After former Head Coach Dana Holgorsen left West Virginia for Houston, there was some concern that Wright would end up de-committing from WVU and perhaps re-open his recruitment.  However, Neal Brown had also recruited him hard while at Troy and already had a relationship with him so Wright decided to stay.

After losing David Sills V and Gary Jennings to the NFL Draft and Marcus Simms and Dillon Spalding to the Transfer Portal, Neal Brown knew that inexperienced players would need to step up and contribute.  After a couple of inconsistent performances from West Virginia’s starting wide receivers, it’s now Winston Wright’s time.

Two-time #Big22 Member @showtimejet has had his numbers retired at Memorial Day. The soon-to-be @WVUfootball star’s #4 football number and #1 basketball number to be worn no more. @WJCLNews pic.twitter.com/bGOFw5safG