Sherman In, McBride Out? 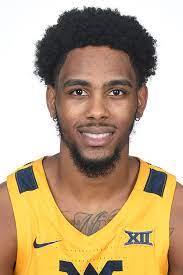 During this past basketball season one of the talking heads covering the games for WVU, possibly Fran Fraschilla, kept urging Taz Sherman to return to the Mountaineers for one final season.  The argument was that he could develop more and showcase his talents more at the collegiate level and possibly parlay a good 5th-year senior season into a more lucrative pro career.

I agreed with Fran the man because I was basically selfish and thought of the team instead of Taz.  Of course, if Taz had left to pursue a pro career, I wouldn’t have blamed him or thought him selfish.  After all, we all leave college at some point once we’ve enrolled.  Taz was eligible for one more season, and today we got the good news from Bob Huggins.

“We are thrilled to have Taz back for another season of Mountaineer basketball,” Huggins said.  “He went from scoring five points a game in his first season with us to scoring more than 13 points a game last season.”

Sherman seemed to get better as the season wore on and his return could very well be huge for WVU as we consider the players we lost to transfer and simply leaving early to turn pro.  Since we still don’t know the status of the return of Sean McNeal or Miles McBride, then this is indeed good news.

The current rumor is that McBride is going to stay in the NBA draft and forgo any further eligibility at the college level.  If this rumor turns out to be true, then that could have been the deciding factor for Sherman.  After all, if anyone might have inside information on the future of Miles McBride at WVU, it would be a teammate like Taz.

Constantly changing rosters is what college basketball has become and no one is immune to players leaving.  The good news is we have a coach that can adapt and that knows talent.  No matter what happens, the Mountaineers will once again represent the Mountain State well.