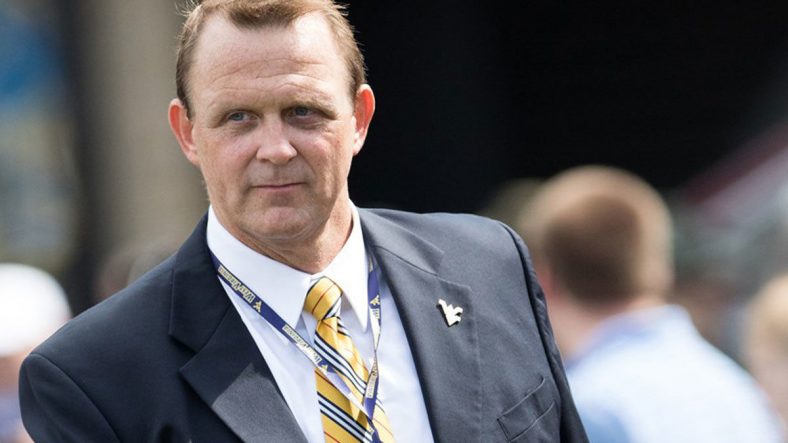 Nick Farrell of WBOY caught up with WVU athletic director Shane Lyons prior to the season-opening victory over Eastern Kentucky.

“My goal is to get the team on the field and we’ve met that goal,” Lyons said. “We’ll continue to work to try to have fans on the field in the future.”

Lyons joked, “Now you’ve just jinxed us, we’re gonna blame it on you,” when Farrell mentioned the zero active cases of COVID-19 during the fall.

“We knew there would be bumps in the road,” Lyons said with regards to the process of getting WVU athletics in action.

Check out the interview:

It’s a very fluid situation. While many Mountaineer fans are still dreaming of packing Mountaineer Field, it remains to be seen whether those dreams will actually be fulfilled in 2020.

“We still don’t have an answer and of course everyone is champing at the bit,” Lyons responded when asked about the future and the possibility of having fans.

“There comes a certain point in time that from a logistical operational standpoint, we’ve got to pull the trigger to be able to sell tickets.”

“We’re hoping to be able to make that call in the next week or so. Our goal is to have fans on October 3.”

“It’s most likely not going to happen this year, to have 60,000 people,” Lyons explained. But at least have a little bit of fans in the stands as we move forward.”

So as of this interview, having fans for the next home game On October 3 against Baylor is still on the table for the AD Lyons.

After a surge of positive COVID cases when school resumed, WVU has moved to online classes for the next two weeks. That was to be expected when you have 18-year-olds experiencing that type of freedom for the first time in months, now the challenge of getting things back under control exists.

Many people predicted there will be no football in each and every one of our Facebook posts sharing articles about the upcoming season. That has already been proven wrong. Shane Lyons and the WVU athletic department is doing everything they possibly can to keep the sports programs moving along.