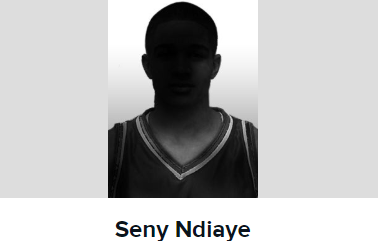 The West Virginia men’s basketball class of 2020 will certainly have at least another addition or two before it’s finalized. But who will it be? That’s anyone’s best guess.

When look at the players that could potentially be added to the class Seny Ndiaye is definitely an intriguing man of mystery who has already received an offer from Bob Huggins.

Ndiaye is attending Huntington Prep and is a teammate of Isiah Cottrell. That alone gives him a solid chance of becoming a Mountaineer. Then when you factor in that WVU is the only offer he has listed that makes it seem even more likely. They just offered him a few weeks ago on September 25th.

The Senegal native stands 6’11” and is just over 200 pounds. If he is signed Bob Huggins will immediately start working on bulking him up. Could it be that Ndiaye is a late bloomer and Huggs has beaten everyone to the party here?

Adding to his mystique is the fact that there’s not much footage out there. The top source for Ndiaye footage is his Twitter that features the big man throwing it down and blocking shots.

It will be interesting to see where this raw but talented big man ends up. Signing him would further strengthen the pipeline from Huntington Prep to Morgantown, which is definitely something that would be to Bob Huggins’ advantage.