Senior Night In Morgantown: Tribute to Jevon and Dax 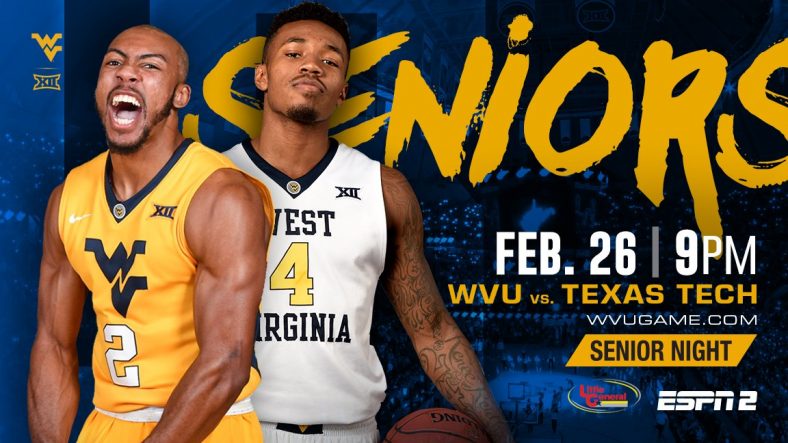 Has there been a more accomplished backcourt duo in West Virginia basketball history? Monday night it’s Senior Night in Morgantown and one last chance to pay tribute to Jevon and Dax.

The 2013 season for West Virginia was a real struggle. The Mountaineers went 13-19. Following the season guards Eron Harris and Terry Henderson both announced their departures quickly. It looked like the program was headed to a dark era.

The following season Bob Huggins made big-time changes to his team. He had a meeting with an old friend, Kevin Mackey, and decided he was going to implement a full-court press style.

In order to make this new style work he would need some new players. With the two extra guys leaving it gave Huggins more roster spots to get people who would fit this system well. He already had two guards that were a good fit in the full-court press in Juwan Staten and Gary Browne. Along with them he brought in two junior college guards, Tarik Phillip and Jaysean Paige. To round out the guard rotation he brought in two high school freshmen, Daxter Miles Jr. and Jevon Carter.

Be sure to tune in at 8:45 p.m. for a Facebook Live broadcast of tonight’s Senior Night ceremony!

“I knew JC could (press),” Huggins said last Friday while speaking with the press. “That’s how they played in high school. Dax is as good an athlete as we’ve had here. When you’re that athletic and you can run and jump and move your feet the way he can you’re going to be pretty good at it.”

And from there, Press Virginia was born.

Miles Jr. started all 35 games as a freshman. Including the ill-fated guaranteed victory over the undefeated Kentucky Wildcats. We all know how that ended.

It’s easy to see that Miles learned a valuable lesson during that game. If you don’t believe it watch the post game interview after the Kentucky beatdown.

“You talked to Dax back then and he wouldn’t shut up and you’d talk to JC and you couldn’t get a word out of him,” Coach Huggins recalled. “Now, four years later, it’s entirely the opposite. JC never shuts up and Dax won’t talk.”

How good has this duo been? The last time their team wasn’t ranked in one of the two major polls was during the first few weeks of their freshman seasons. That streak is only outdone by another duo: Jerry West and Rod Hundley.

This will be their fourth season where they are in the NCAA Tournament. 4 for 4.

So Monday night we get one last chance to celebrate the careers of Jevon Carter and Daxter Miles Jr. The game starts at 9 p.m. but make sure you get to your seat by about 8:45 as Jevon and Dax will be honored around then. Also, if you get there early, the first 7,000 fans will get a poster commemorating the two.

Monday is Senior Night, presented by @lgstores. The first 7,500 fans can pick up one of these posters featuring JC and Dax! pic.twitter.com/OpzASKfDF6

The game will be broadcasted on ESPN2.