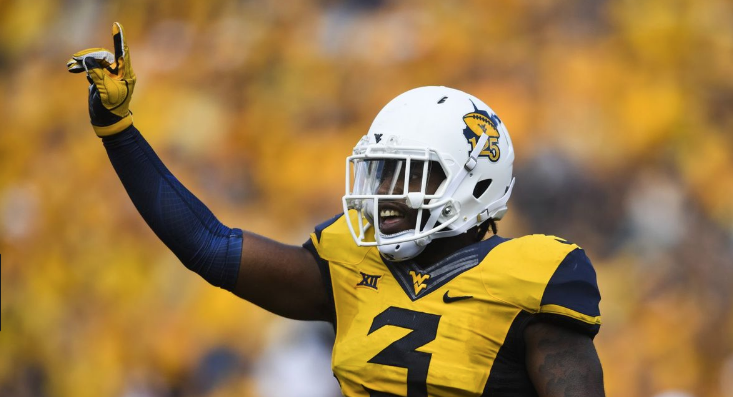 On Tuesday at 1:30 p.m. the Mountaineers take on Utah in the Zaxby’s Heart of Dallas Bowl. Quarterback Will Grier and guard Kyle Bosch are missing the bowl due to injury. Running back Justin Crawford is preparing for the draft. Senior Al-Rasheed Benton is all-in.

There’s no question about it.

“No,” the senior said. “Nah. No. People do what they do for their own reasons. I just know I couldn’t go the rest of my life knowing I gave up my last game.”

This is great news for the Mountaineers. For starters, Benton led the Mountaineers in tackling with 102 tackles. Another thing to consider is the strength of Utah is their running game. Benton will play a big part in stopping the run. Plus the leadership Benton provides on the field is so valuable to the team.

“We have one more opportunity,” Benton said. “I’ve been saying all year it’s about the 13th game and what we make of it. It didn’t turn out to be exactly what we wanted, but at the end of the day we have a quality opponent and a good opportunity for some of us to show what we can do. For the guys coming back, it’s an opportunity to propel into next year. We’ve got a lot to play for.”

Instead of sitting out and preparing for the draft, Benton wants to add to his NFL resume. Defensive coordinator Tony Gibson has referred to him as a serious prospect. Benton is very happy on that progression and hopes to build on it.

Congrats to @David__Long for being the Defensive MVP! #WVU pic.twitter.com/SiGoKvkZdW

“Definitely,” he said. “It took me a while to get some things in order. But once I got my priorities straight and went all in and realized what it takes to be a next-level player, I’ve gotten a lot better in a lot of different aspects. And I’ll continue getting better.”

The game will be on ESPN, giving the senior one last chance to make a big impression on NFL teams.

“I have one opportunity to show what I can do,” Benton said. “Thank God it’s a quality opponent. There will be a lot of people watching. It will be a great opportunity for me and the rest of the team.

“Any time you win a bowl game it makes the offseason crazy. I want to put the rest of these guys in the best position possible for next season even though I’ll be gone.”

The Mountaineers face a tall task. Utah has a very strong track record in bowl games. Utah coach Kyle Whittingham has a 10-1 record in bowls.

“I think they’re really good,” Benton said about Utah. “They have a lot of weapons. They have two or three different guys they can use at quarterback. I think one of the biggest things will be containing the quarterback in the run game. They have some really good play makers and play in a really good [Pac-12] conference. And they’re 10-1 in their last 11 bowl games. They take all these games seriously and that’s one thing I definitely get from them. They take it seriously and play hard. It won’t be an easy game at all.”

Benton is seizing the moment and enjoying his last game in a Mountaineer uniform. Good luck to Al-Rasheed and hopefully he is able to add to his NFL resume and help the Mountaineers bring home a win.