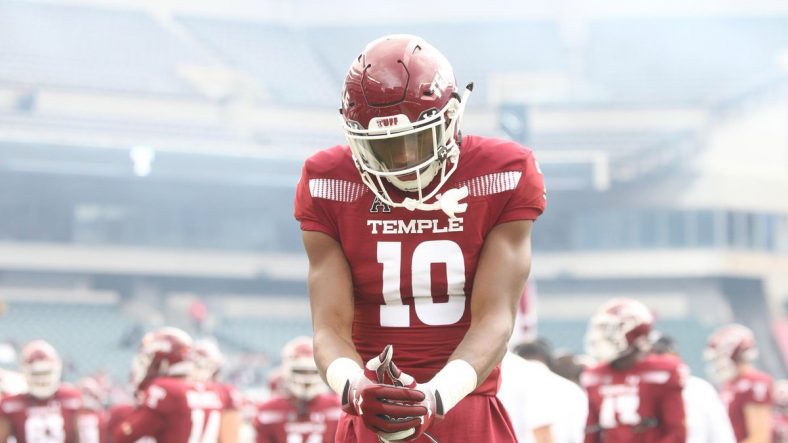 Sean Ryan, a 6’4 former 3 star recruit, has decided to transfer to West Virginia.  Ryan had 12 receptions, 162 yards and 1 touchdown as a Freshman at Temple last year.  Ryan, the Brooklyn, NY native, Ryan will add depth to the wide receiver corps at WVU.

According to 247’s recruiting analyst Brian Dohn, “Ryan has the elite size many programs want in a receiver. He catches the ball well and he improved his ability getting in and out of breaks after his sophomore season. Ryan has big hands, which helps his secure the ball quickly. He is a willing and able downfield blocker. He is not used a bunch in the offense, but he can be a red-zone threat. He is quick on inside routes. Ryan is smart and studies the game. He needs to continue to develop his ability to be elusive after the catch.”