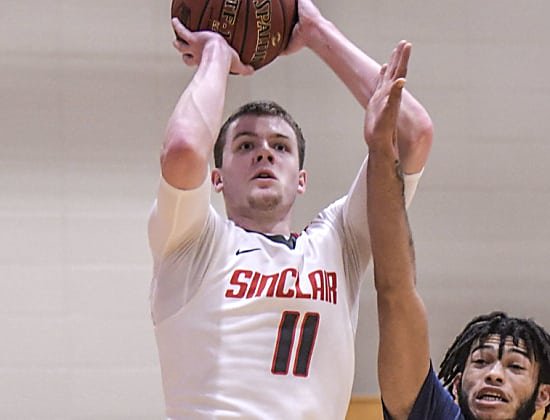 In the much heralded WVU basketball recruiting class of 2019 there is a JUCO guard with a sweet stroke who has an incredible story. Let’s look at Sean McNeil’s journey to Morgantown.

Two years ago Sean McNeil wasn’t even playing organized basketball. He was a student at Gateway Community and Technical College. Even if he wanted to play basketball there they don’t even have an athletics program. McNeil was playing some pick-up games at Northern Kentucky University, but that’s it.

How was such a talented player not playing any basketball? Well, coming out of high school he was completely overlooked by Division I schools. Despite leading his Cooper Jaguars to a finish as runner-up at the state tournament as a senior, he wasn’t getting any looks.

Instead McNeil signed with Division II powerhouse Bellarmine, which is located in Louisville. To say his stay there was brief would be an understatement. He attended two classes on a Thursday and then left.

After going back home, McNeil did some reflecting and eventually decided to enroll at Sinclair, a lower level D-II junior college.

To say he got on track quickly is an understatement. In his first game he scored 40 points. Just a few games later McNeil dropped 55 against Bryant and Stratton College while going 9-of-14 from deep.

After that, the big offers continued to roll in from the likes Texas Tech, Ole Miss, Missouri, Arkansas and Oklahoma State.

West Virginia stook out to McNeil because they were the first to the party out of the Power 5 schools.

“Once I started scoring 30 and 40 points consistently, that’s when things started to get crazy,” he said, according to WV Metro News. “One thing that was really intriguing about West Virginia was that they didn’t come in late. They were there from the beginning of the year.”

McNeil had an incredible season. He led all junior college players in scoring with 29.7 points per game and shot 43 percent from three-point range.

All of the hard work paid off and McNeil will be playing Division I basketball this season, like he knew he should have been all along. He committed to WVU back in April and has three years of eligibility remaining.

McNeil sat down for an interview with Tony Caridi and talked about his unbelievable journey to Morgantown over the last two years.

What an incredible story. He took a very unique path to Morgantown. Mountaineer fans should be very excited to see his beautiful stroke in the gold and blue.