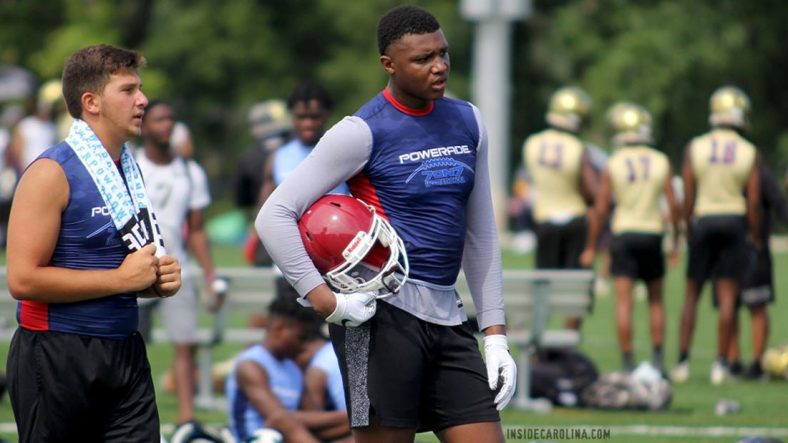 The top ranked recruit in West Virginia in the 2020 class is likely coming home.  Sean Martin, a 6’6 260 pound defensive end out of Bluefield, West Virginia, initially committed to North Carolina on June 17th.

Martin made the announcement on his Twitter page, saying, ““After a great visit, prayers and a lot of thinking, I have decided to follow my heart and go where I feel that best fits me as a person and a player. I am 100% committed to the University of North Carolina.” 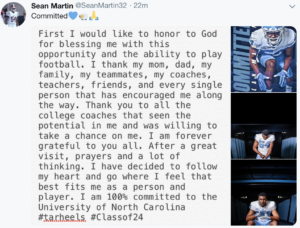 Clearly, something has changed since June.  With a message on Twitter, Martin officially reopened his recruitment.

Interestingly enough, Martin is very close friends with recent WVU commit Kaulin Parris, a Kicker/Punter who also attends Bluefield High School.  Parris’ commitment may or may not have played a role in Martin’s decision to re-open his commitment, but it feels like it did and it and it certainly didn’t hurt West Virginia’s chances of landing Martin.

Martin led Bluefield High with 144 tackles and 17 sacks last season as a junior as the Beavers made it to the Class AA State Championship.  He is the clear-cut top recruit in the state for the 2020 class and would be a monster get for West Virginia.

Coach Neal Brown has made keeping in-state recruits at home a real priority since taking over as Head Coach and this is an opportunity to get the very best of the best in his first season.