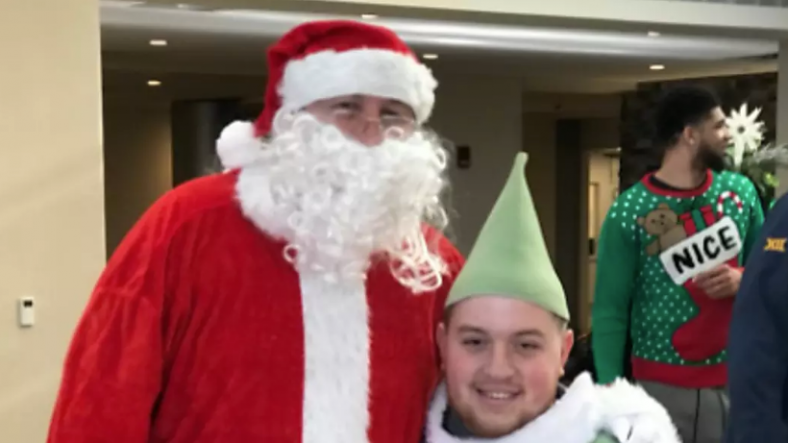 Tis the season to spread holiday cheer. Who better to do that than Santa Huggs? Bob Huggins dressed as Santa and went to the WVU Children’s Hospital.

People from outside the state might have trouble seeing what we see in Huggs. It’s things like this. What a great ambassador for the school and university.

So glad our team is able to spend some time at @WVUKids this morning!

So glad our team is able to spend some time at @WVUKids this morning! pic.twitter.com/mUG8bCiWLI

WVU Basketball followed it up by tweeting about Santa Huggs:

Santa Huggs is back. https://t.co/hRKrFT5uX8

Which do you like better, Santa Huggs or Huggie Claus? both are pretty sweet! Since the official WVU Basketball Twitter account went with Santa Huggs that’s what we’re rolling with.

It’s good to see Huggs taking action and doing great things for the kids. This is nothing new, it’s a recurring visit. It’s great to see the coaches and student-athletes doing things like this and contributing to the community.

Great job Bob Huggins, the kids at the hospital definitely enjoyed it.