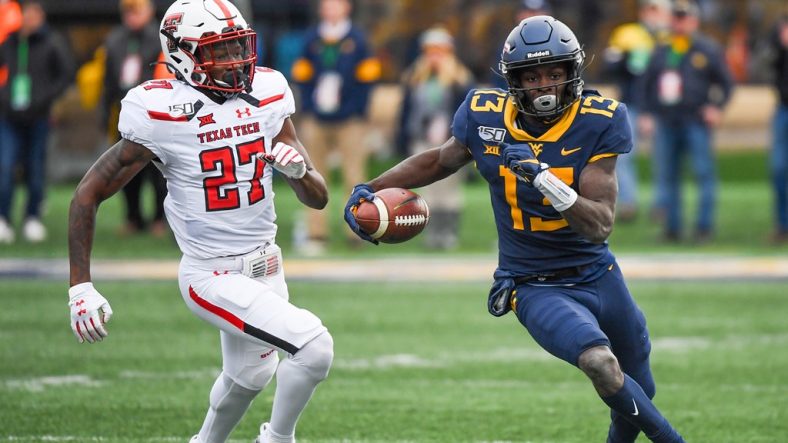 Redshirt freshman Sam James put on an incredible performance against Texas Tech on Saturday. Despite this, it could have been better if he wasn’t plagued by drops.

James had 14 receptions for 223 yards. The 14 receptions are the second-most all-time at WVU. Kevin White had 16 receptions in 2014 against Texas. The 223 receiving yards were good for the fourth-highest total in a game for a Mountaineer.

James was recognized by the Big 12 and named the Big 12 Newcomer of the Week.

Sam James (@SKJ_10) has been named the @Big12Conference Newcomer of the Week.

Despite his incredible game, James had a case of the drops, leaving at least four catches on the table. One coming early when Austin Kendall was in at quarterback and then three in a row from Jarret Doege.

James knows this is an issue.

“I’ve got to learn from it and see what I did wrong like not looking the ball in,” James said, per Charleston Gazette-Mail. “That’s probably what it was, because I was trying to get up the field fast. You take this, go look at the film and look at it.”

On the season James has 58 receptions for 623 yards and two touchdowns.