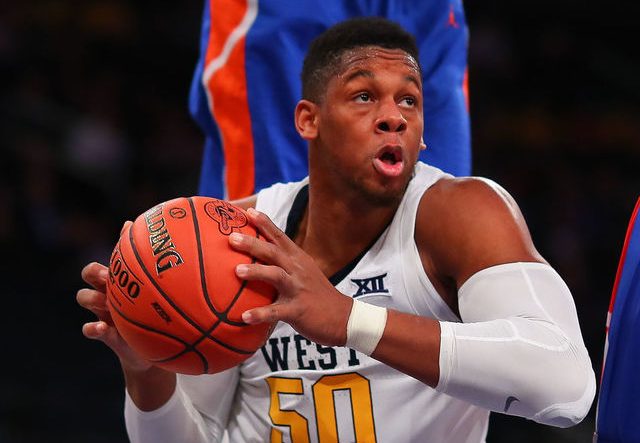 Sagaba Konate, the former WVU shot block king, will miss the entire Summer League because of a knee injury.  Konate, who was recently signed by the NBA Champions Toronto Raptors, is apparently still attempting to make his way back from the knee injury that kept him out of nearly the entire 2018-2019 WVU season.

This appears to be a devastating setback for Konate who already faced an uphill battle in his journey to fulfill his dream of becoming an NBA player.  There are not many 6’8 shot-blocking power forwards/centers in the NBA and this was his opportunity to prove that he could be productive at the next level.

The Raptors’ 15 man Summer League roster includes several young players, including former Iowa State’s Lindell Wigginton, all hungry to make a name for themselves during this incredible opportunity in the Summer League.  Konate being unable to participate is almost certainly a final straw.

Konate’s knee injury is an absolute mystery.  He was cleared multiple times by doctors last season and has not been wearing a brace while preparing for the NBA in the offseason.  Although Konate was one of the very best shot-protectors in the country two seasons ago, it’s unlikely that he will ever get another opportunity like the one that the Raptors gave him.

Although it isn’t official, the Toronto Raptors will almost certainly release him sometime in the offseason.  Konate’s immediate future appears to be playing somewhere overseas, if his knee injury allows him to ever play the game again.

Take a look back on his marvelous Sophomore season at WVU and remember what an absolute sensation he once was: