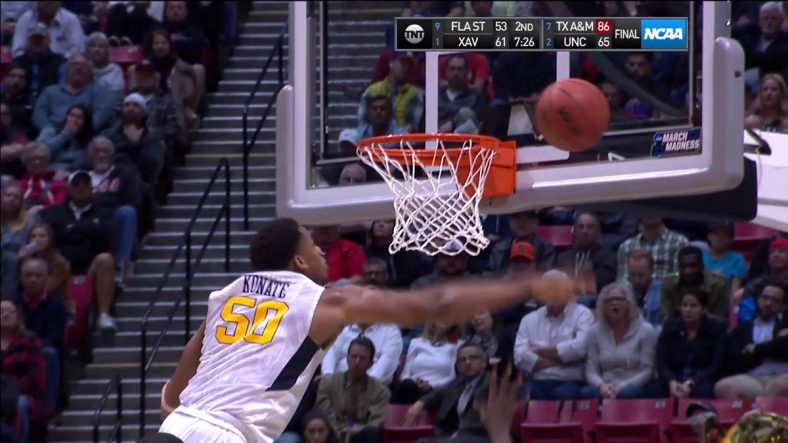 It’s that time of year. West Virginia sophomore big man Sabaga Konate is set to test the waters for the NBA Draft. He will not hire an agent. This was announced in a press release from the school.

“Sags will go through the NBA Draft procedures in a systematic and professional manner by exploring the situation and leaving open his option to return,” Coach Bob Huggins said in the press release.

Breaking @WVUhoops news- Sagaba Konate will look into his NBA options without signing with an agent. #MountaineerNation will hold its breath till then.

The NCAA allows underclassmen to submit their parperwork for the draft and see where they stand as far as draft status and see what they need to work on. Jevon Carter did this last year and, as you know, he ended up returning to West Virginia for his senior season. This is something players are allowed to do two times so it is possible he could do this again next year and still finish his junior and senior years at West Virginia.

During his sophomore year Konate averaged 10.8 points and 7.6 rebounds to go along with 116 blocks. He was named to the Big 12 All-Defensive team.