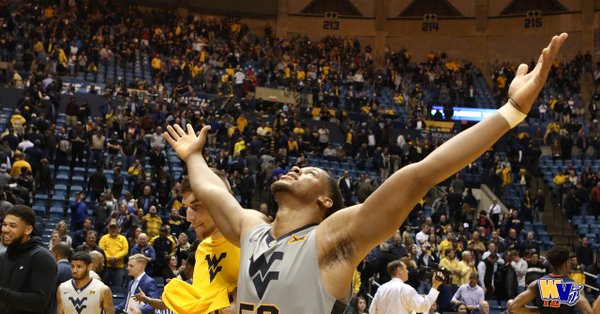 One of the top show blockers in the country, Sagaba Konate, was named to the All-Big 12 preseason team. After flirting with the NBA, the senior shotblocker decided to return to Morgantown for his junior season.

The WVU forward was named to the team on Wednesday. Last season he was on the All-Big 12 third-team and also was named to the all-defensive team. Last season Jevon Carter was the Big 12 Defensive Player of the Year, giving the Mountaineers a great chance to take the award home back-to-back seasons.

Dedric Lawson of Kansas was also named the Newcomer of the Year. His teammate Quentin Grimes was selected as the Freshman of the Year.

The Big 12 will fire up the 2018-2019 season with its annual media day. This will be at the Sprint Center in Kansas City on October 24. The preseason poll for the Big 12 will be released on October 19.

After exhibition games against Penn State and Buffalo, the Mountaineers fire up the regular season at the Myrtle Beach Invitational against Monmouth.

The non-conference schedule heats up in December when the Mountaineers take on the Florida Gators in New York City on December 4 and the Pitt Panthers in Morgantown on December 8.

Other notable non-conference games include Rhode Island, Tennessee and Valparaiso.

The Big 12 schedule starts off with a home contest against the Texas Tech Red Raiders.

Despite the loss of backcourt four-year starters Jevon Carter and Daxter Miles Jr., West Virginia has a lot of talent coming back mixed with some incoming talent.