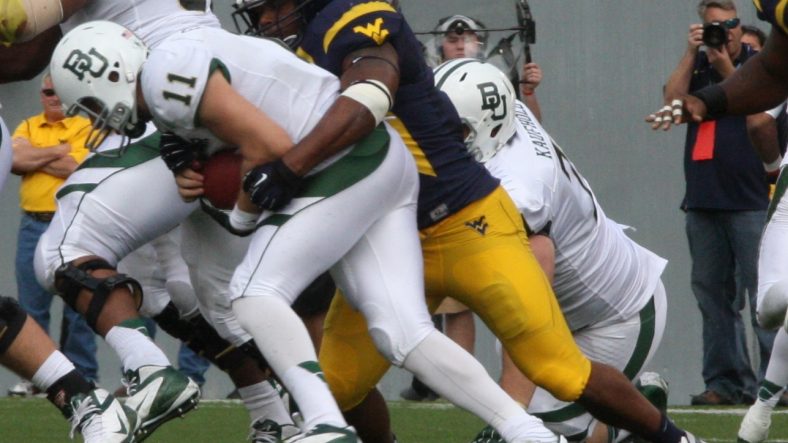 Not how you want to see a great Mountaineer finish up.
Check it out:

Rigg, a senior from New Jersey, missed games against Georgia State and Kansas State following the concussions. He tried to play Saturday against TCU, but didn’t last.

“He’s probably done for the year,” Holgorsen said. “I know he’s going to be on the shelf a couple weeks. The last time I checked, a couple weeks means his season is over.”