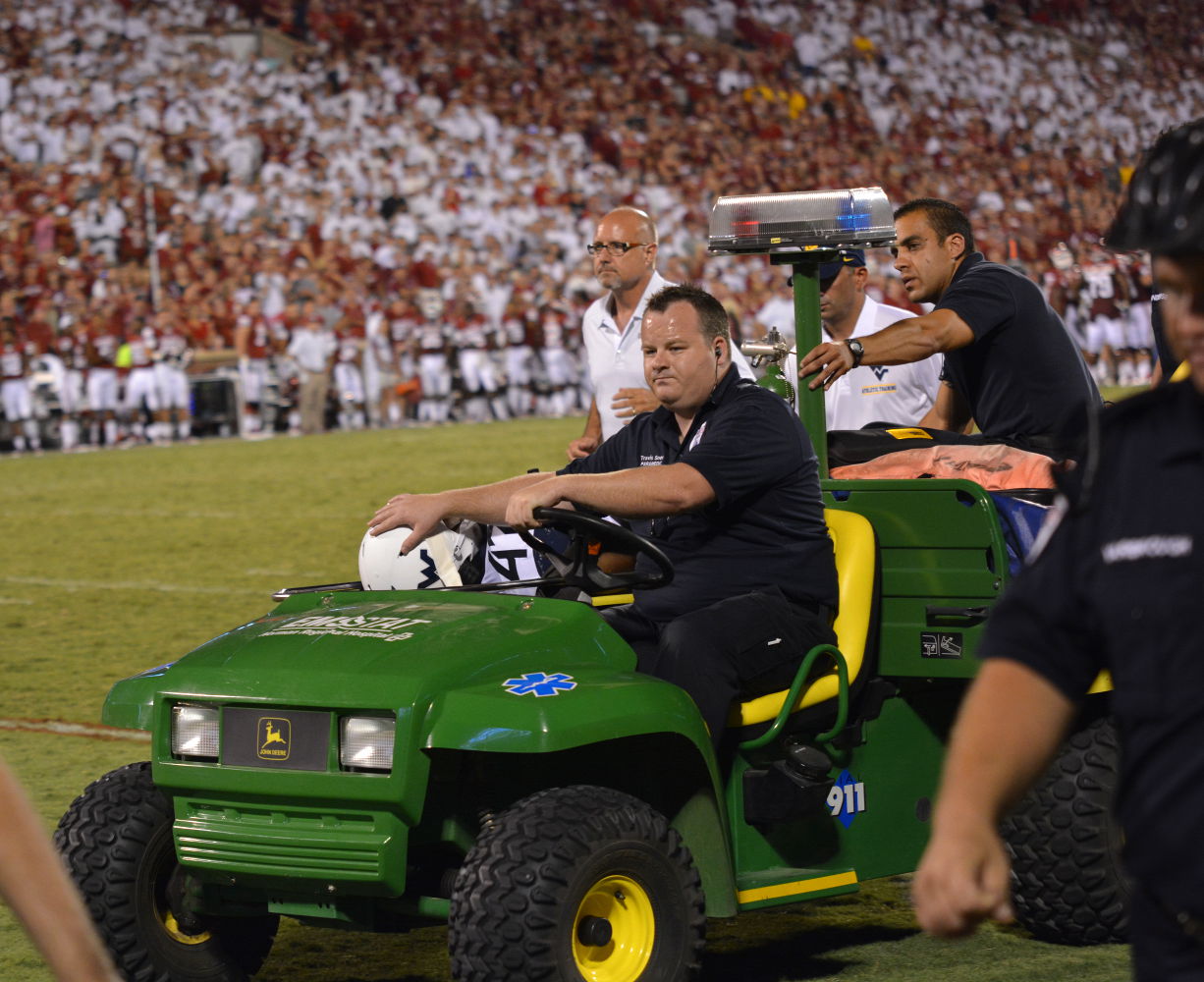 That was certainly a scary hit and we are extremely glad Doug is ok.
Check it out:

West Virginia senior linebacker Doug Rigg took to Twitter to alleviate concerns about his condition after he was carted off the field Saturday night in Norman following a collision with his own teammate.

“I’m alright thank you for all the support I am on the plane with the team safely I will try and respond after we land,” Rigg’s tweet read early Sunday morning.

On Facebook, Rigg posted that he suffered a concussion.

Rigg and safety Karl Joseph collided late in the fourth quarter with the Mountaineers trailing 16-7 and he did not move as he lay on the field.

The rest of his teammates crowded around him when it was clear that it was not a typical injury, the training staff attending to the fallen Mountaineer. Head coach Dana Holgorsen relived what he saw after the game.