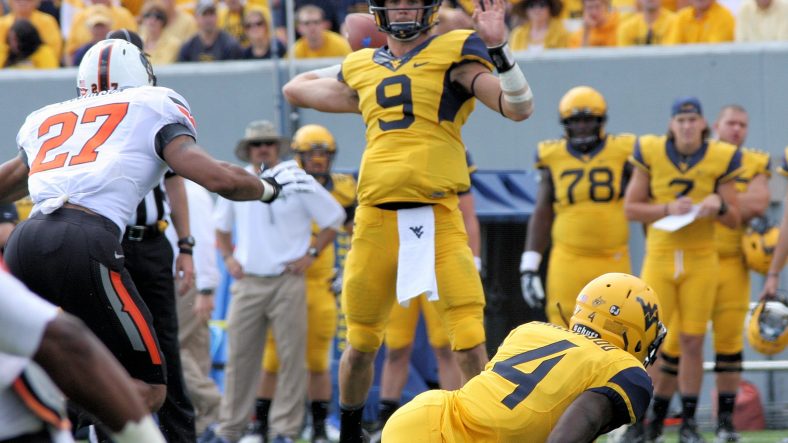 You can tell how tough he is by how hard he plays even when injured.
Check it out:

While Clint Trickett and the WVU football team were upsetting then-No. 11 Oklahoma State on Sept. 28, Rick, a former WVU assistant now in his seventh season with Florida State, was preparing for a 3:30 p.m. game with Boston College.

“I wouldn’t watch it. I was like, hell, I can’t do two things at once. So I went out onto the field and just sat while the game was going on,” Rick said. “They kept coming out and giving me updates and all that kind of stuff. I was trying to get ready for kickoff in a couple of hours.”