Rick Pitino Tweets His Six Most Difficult Arenas to Play 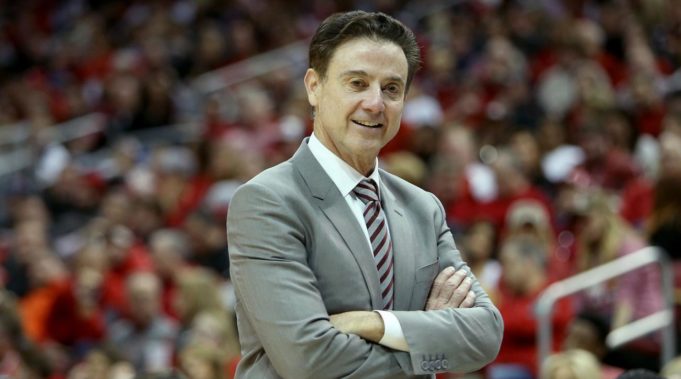 Recently, Rick Pitino joined Twitter. A bold move considering the amount of backlash he is sure to face. If you don’t believe me, do a quick scroll below one of his tweets.

In Pitino’s bold Twitter bio, he takes credit for being a two time national champion and being one of two coaches who took three different schools to the Final Four.

Say what you want about his past “experiences,” but the guy is a damn good follow on Twitter. He makes interesting posts that drive conversation. Nevermind the fact that a good portion of the conversation if people attacking him.

On Wednesday afternoon Pitino compiled a list of the most difficult arenas his teams have faced. It’s a very interesting list with a few surprises, but the Mountaineer fan base will be delighted to know that the Coliseum checks in at No. 6. Check out his tweet:

The most difficult arenas my teams have faced:
1) Kansas
2) Kentucky
3) Michigan St
4) SMU
5) West Virginia
6) Grand Canyon
For a program in its infant stages of college basketball, its student section is amazing

He should have just made it a top five and left off Grand Canyon. That would have brought a lot more credibility to his list.

Check out some of the triggered responses on Twitter:

This is such an obvious Duke troll. The Pitweetos do not believe this list Rick.

I attended the 150-95 beatdown in Lawrence. I can understand this list as you can’t even begin to imagine the atmosphere in that game.

How could Pitino forget when Mountaineer fans chanted the name of his mistress during a game?

Apparently Pitino is willing to let bygones be bygones and so on and so on. Since he posted the list today, we at Mountaineer Sports are willing to do the same. At least for today, anyway. Thanks, Rick!