Could Rich Rodriguez return to WVU like LeBron James to Cleveland? 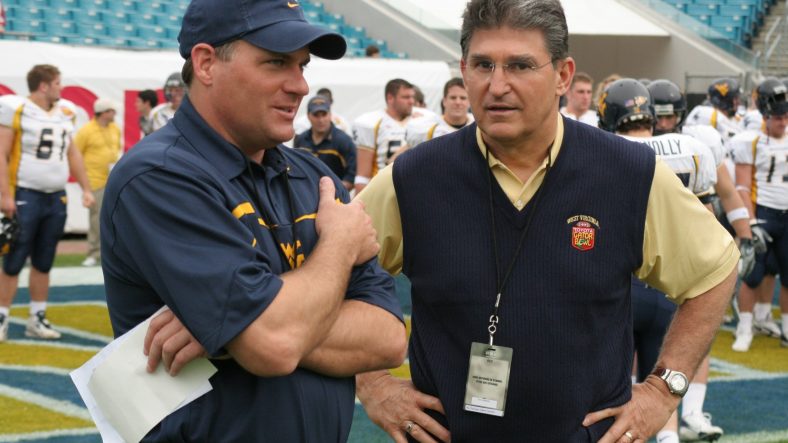 There seems to be some people who doubt the chances of this year’s team and think this might be a possibility.
Who is looking forward to a great season with a terrific bowl game?
I guess we do have to ask the question: Have you forgiven Rich Rod?
Check it out:

Unless you live underneath a nice, cool rock on this hot July day, you heard that former Miami Heat forward LeBron James made his decision to return home to the Cleveland Cavaliers, the team where he spent the first seven seasons of his NBA career.

The backlash of LeBron’s decision in 2010 was fierce from the Cavaliers’ fan base with his jerseys being burned in Cleveland streets and his huge downtown mural being taken down nearly immediately after taking his talents to Miami.

In the same light, why couldn’t the embattled former West Virginia Mountaineers head coach Rich Rodriguez do the same and return to Morgantown in the future? Since leaving for Michigan in 2007, the idea of a Rodriguez return is one that has been championed for by large contingent of West Virginia fans and despised by an equal contingent.

Outside of his first season that ended with a 3-8 record, Rodriguez is one of the most successful coaches West Virginia had in the football program’s long history.