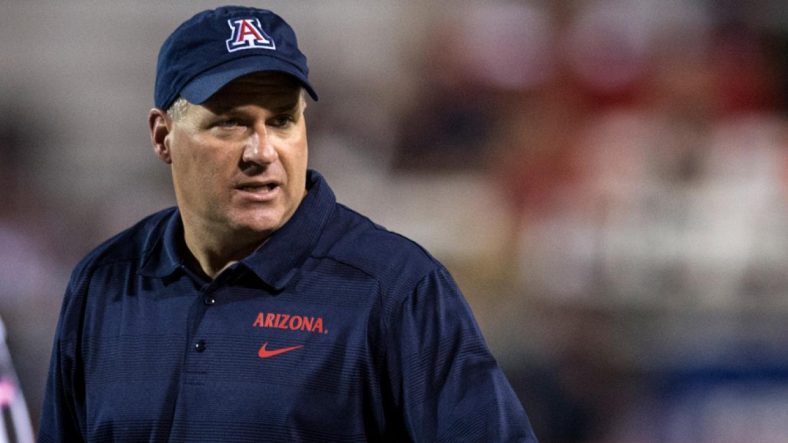 Arizona Coach Rich Rodriguez is out as he is facing sexual harassment allegations. Arizona made the it official by releasing this statement:

“After conducting a thorough evaluation of our football program and its leadership, both on and off the field, President Robbins and I feel it is in the best interest of the University of Arizona and our athletics department to go in a new direction,” Athletic director Dave Heeke said in a statement.

The school was weighing whether to fire football coach Rich Rodriguez, two people with knowledge of the situation told USA TODAY Sports on Tuesday. Those people spoke on the condition of anonymity because of the sensitivity of the matter.

The firing likely will be attributed to the Wildcats’ poor finish to the season, losing four of their last five games, and be done without cause, giving Rodriguez his full $6.3 million buyout.

Beyond the on-field performance, however, the school also has been dealing with a troubling allegation behind the scenes that led them last fall to hire an outside law firm to investigate Rodriguez for potential workplace misconduct, according to the people with knowledge of the probe. Though no misconduct was determined by the probe, which Rodriguez cooperated with fully, a former administrative assistant subsequently has threatened to file a lawsuit against him.

If that lawsuit is filed this week as Arizona officials expect, it could bring significant negative publicity, particularly in the current national environment. A call to the woman’s attorney was not returned Tuesday.

The 54-year-old Rodriguez just completed his seventh season at Arizona. After a 3-9 season in 2016, he was said to be on the hot seat, but he seemed to recover in the 2017 season until a slide late in the season.