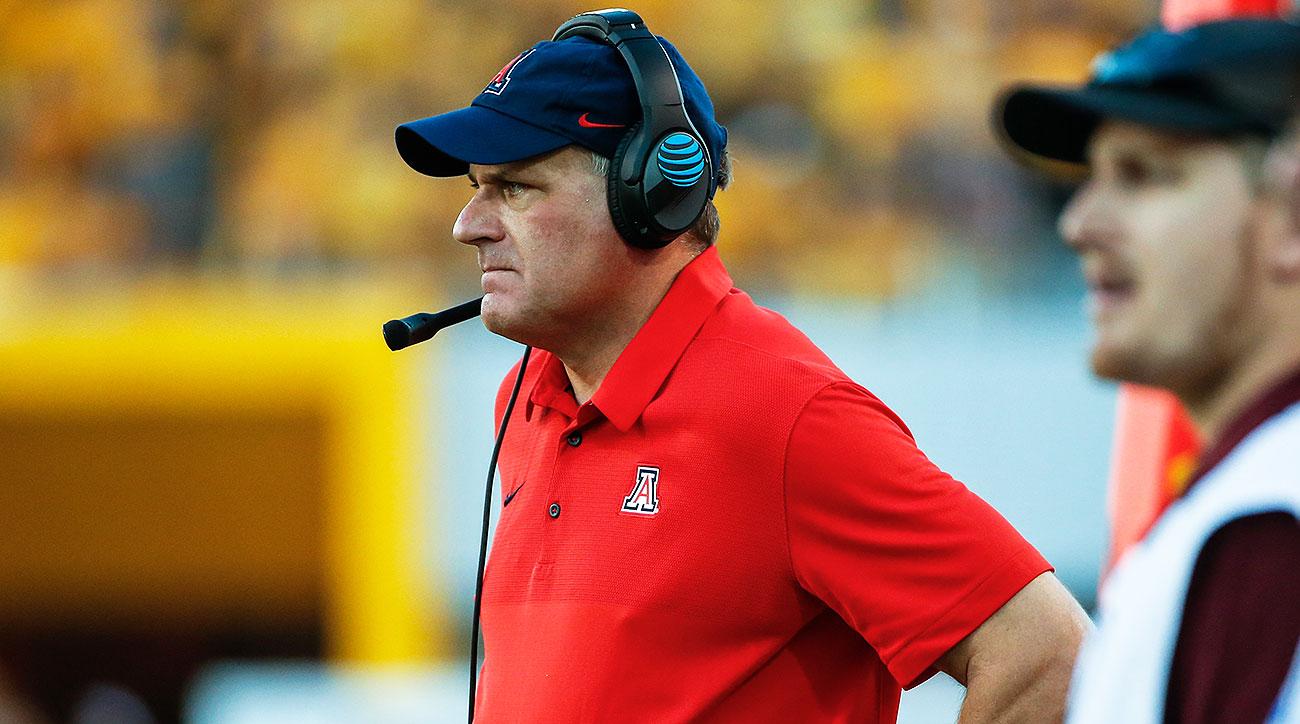 The Richrod scandal is not getting any better. Even after being fired out of nowhere, the two parties are not going to just go their separate ways. The allegations are rolling in. Rich Rodriguez allegedly had his wife and girlfriend on the Arizona sideline during the same game.

Melissa Wilhelmsen, a former assistant of Rodriguez, was allegedly responsible for covering up the affair Rodriguez was having.

On November 6, 2015, Rodriguez asked Melissa to get a sideline pass for his “friend” for the USC game in Tucson, which turned out to be his girlfriend. During the game, Melissa realized that Rodriguez’s wife was also on the sideline. At some point Melissa had to stand between the two hoping to avoid a confrontation. The following Monday, Melissa complained to Rodriguez about how upsetting it was to be placed in that situation. Rodriguez laughed it off without acknowledging her stress or sense of betrayal to his wife. ]

Having a wife and mistress on the same sideline for the same game is crazy. It’s definitely a scumbag move, but at least he didn’t commit a crime. Well, here comes the crime in these allegations:

“The Hideaway Book” and the “Triangle of Secrecy” were set up to help hide Rodriguez’s misdeeds. The woman was part of the triangle, and repeatedly expected to cover for Rodriguez while he had an extramarital affair.

Players on the team sent the woman pictures of their genitals and when she asked Rodriguez to intervene, he ignored her. The woman caught Rodriguez “ogling” her and said, “No, you can’t do that … that’s not cool,” but she claims his behavior only got worse.

Other coaches made inappropriate comments about the woman’s clothing and her daughter, who also worked for the football team, saying her daughter was having sex with players.

Rodriguez changed his workout schedule so he would walk back to his office shirtless, and past the woman.

The woman received a call complaining that Rodriguez had made unwanted sexual advances toward a massage therapist, but because of the “Triangle of Secrecy,” she was expected to conceal it.

Rodriguez “embraced her, touched the side of her breast and tried to kiss her.” Two weeks later, he offered $300 to “take care of her,” but she refused.

Rodriguez called the woman into his office and was “grasping his penis beneath his basketball shorts” during a conversation.  The woman and another employee started referring to Rodriguez as “the predator,” and “Title IX doesn’t exist in this office” became a common joke.

This is some pretty crazy stuff. So he became known as “The Predator.” Also he pushed a “Triangle of Secrecy” and “Hideaway Books.” If all true, Rich Rodriguez is such a scumbag.