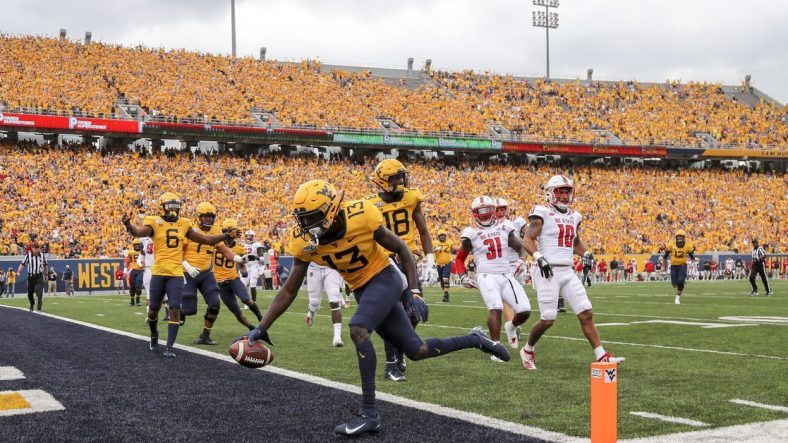 Several players stepped up on both the offensive and defensive sides of the ball in WVU’s 44-27 win against NC State, but Redshirt Freshman wide receiver Sam James went off.  Prior to the NC State game, James led the team with 11 receptions in two games.

Today, Sam James was named the Big 12’s Newcomer of the Week.

In the win over NC State, James had 9 receptions, 155 yards and 1 touchdown.  He averaged 17.2 yards per reception and his longest reception was a 51 yard pitch and catch from quarterback Austin Kendall.

Sam James with the wheels. Kid is gonna be special pic.twitter.com/6pSIZxI11p

James also was the first player for the Mountaineers to score today when he caught a screen pass and scampered 20 yards for WVU’s first touchdown of the day.

Head Coach Neal Brown recently complimented Sam James and has been impressed with him throughout the summer and start of the season.  Following the Missouri game, Brown said, ““He was our best player clearly for the entire first half.  He was explosive. I thought he did a good job of getting the defense player’s hands off of him, which is something we’ve emphasized.  I think he’ll continue to grow.”

In addition, James has 3 years of eligibility left following this year.  The future is very bright in Morgantown and Sam James is going to be a huge part of it!