Ready to pick up the pace 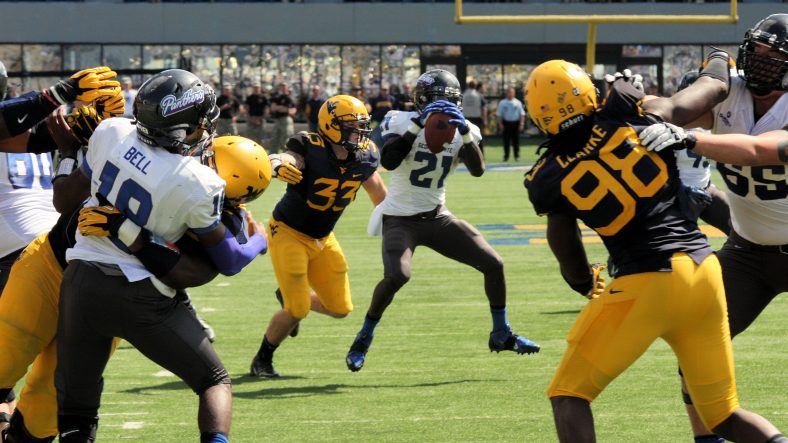 I’m looking forward to the Mountaineer defense slowing down these fast paced offenses.
Check it out:

Given all the angst over the state of West Virginia’s offense through four games this season, it’s only natural that the performance of the defense has been overshadowed.

Through four games, the Mountaineers have given up just 19.2 points, 323.5 yards (155 passing) and 15 first downs per game, while forcing an average of seven punts and holding teams to a 35 percent success rate on third downs.

Granted, the competition has not been the same, but last season WVU allowed even the bad teams it played to run up yards and points. Against the two BCS-level teams West Virginia has played this season (3-0 Oklahoma and 4-0 Maryland), the numbers are still significantly improved.

Things are about to get a bit more dicey, however.