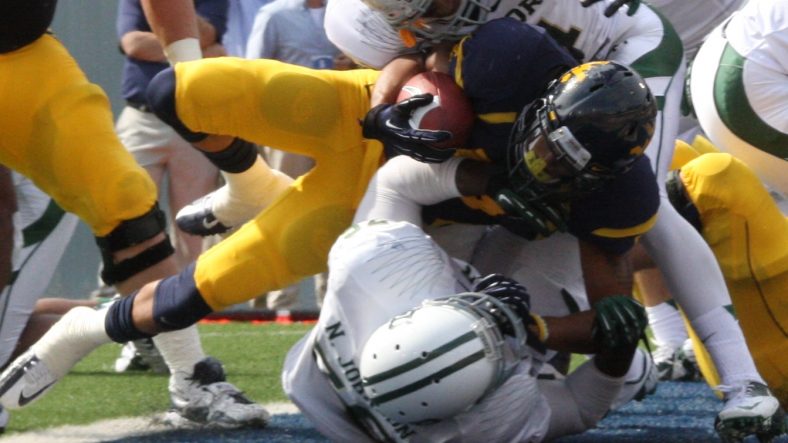 This stinks. Great guy and had some solid performances, hope he lands somewhere good.
Check it out:

West Virginia’s offense was set to have a completely new look after the NFL departures of Geno Smith, Tavon Austin and Stedman Bailey. Now, just days before the first game of the season, it appears as though the Mountaineers will have to replace one more key ingredient this fall. The Pittsburgh Post-Gazette reports running back Andrew Buie has withdrawn from the university.

Buie was not listed on the depth chart for this weekend’s season opener against William & Mary, which is typically not something you expect to see form a player that would have been the team’s leading rusher returning this fall. On Tuesday Buie was reported to be ready to sit out this season with a red shirt season.