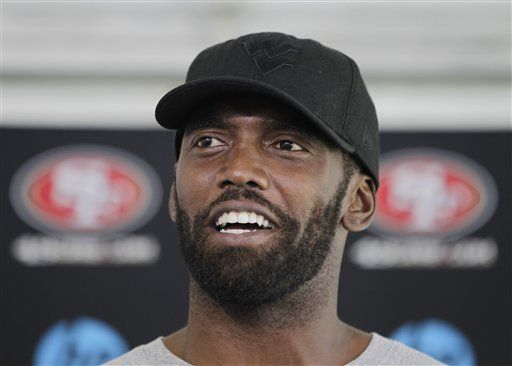 Randy Moss is an outstanding man, a West Virginia high school legend that went on to a Hall of Fame NFL career and a career as a broadcaster on ESPN following his playing days, but he made a lot of mistakes as a kid back in Rand, West Virginia.

Moss, a 6’4 consensus All American wide receiver, was one of the most talented high school players in West Virginia history.  He reportedly ran a 4.25 40 yard dash in high school.  He was a truly once-in-a-lifetime player.

Moss wanted to go to Notre Dame and they wanted him badly.  He saw those gold helmets on television and had blinders on.  No other school had a chance.  Not any of the other elite programs country, not Marshall, not West Virginia, Moss was only focused on playing for the Fighting Irish.  Notre Dame’s legendary Head Coach Lou Holtz said, “Randy Moss was the best high school football player I’ve ever seen.”

He got into a fight during his Senior year at high school and was arrested.  This, of course, ended his chances in South Bend.  Notre Dame had a different standard of excellence and no one, not even one of the most talented players in the country, was above it.  It was later reported that he was simply trying to break up the fight between two Dupont High School classmates and was wrongly accused.  However, the damage was done and Moss would never play a down for Notre Dame.

Florida State gave him a second chance.  He had to sit out one year and he was impressive in practices.  Teammates claimed that he could not be covered.  Scouts said he had Jerry Rice’s hands and Deion Sanders’ speed.  He was an absolute freak and had all of the potential in the world to shine on the biggest stage in Tallahassee.

After sitting out a season, he failed a drug test.  Moss tested positive for marijuana.  After Bobby Bowden, the Head Coach of Florida State, stuck his neck out and gave Moss a second chance when no one else would, Moss was sent back to jail in West Virginia.  Bowden couldn’t keep him on the team, regardless of how dominant he was during Seminoles’ practices.

Moss was not liked by most West Virginians, particularly WVU fans, during this time.  West Virginians admire underdogs, players that come from nothing and make something of themselves.  Moss was a perceived prima donna, an insanely gifted athlete that was born with unbelievable talent and had every advantage in the world.  Rather than humbly using his gifts, he selfishly threw it all away in the minds of West Virginians.

When Moss was kicked out of Florida State, Nehlen suggested that Moss could potentially walk on at WVU but recommended that he attend Marshall University.  Marshall was closer to his home and he wouldn’t have to sit out a year because Marshall was a Division I-AA school at the time.

Moss dominated while at Marshall.  His Freshman year, he broke several receiving records while leading the Thundering Herd to an undefeated season and the Division I-AA National Championship.

During his Sophomore season, Marshall’s first in Division I-A, their very first game of the 1997 season was against the West Virginia Mountaineers.  WVU got up early 28-3, but Marshall fought back and cut the lead to 31-28.  Ultimately, the Mountaineers won the game 42-31, a much closer than expected outcome, and Moss finished the season with the most receiving yards and touchdowns in the country on route to a MAC championship for Marshall.

Moss was picked 21st overall the following year by the Minnesota Vikings and the rest is history.