Randy Moss Is Feeling David Sills, Features Him On ‘YOU GOT MOSSED!’ – VIDEO 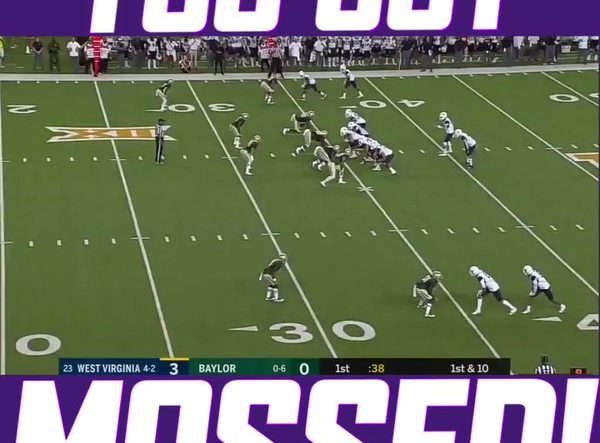 Randy Moss is a part of ESPN’s Sunday NFL Countdown. This is a guy who knows what it means to dominate at receiver. After Sills’ performance against Baylor in week 8, the native West Virginian  couldn’t help but show Sills some love.

The retired NFL great has a segment on ESPN’s Sunday NFL Countdown called “You got Mossed!” During the segment he features some of the best catches in college football. He loves to feature those where receivers go up and get jump balls much like Moss himself used to.

This week Randy Moss featured David Sills and his 35-yard touchdown catch against the Baylor Bears.

Randy Moss featured David Sills on “You Got Mossed!”

This was Sills most impressive catch during a game where he had 7 catches for 136 yards and three scores.

That puts the Mountaineer receiver up to 15 touchdowns on the season. The next highest total in FBS is 9. The next highest total by a Power 5 player is 8. Additionally Sills ranks No. 8 in the nation with 105.3 receiving yards per game. He has combined with Will Grier to form arguably the best quarterback-receiver tandem in the country.

Remember, Moss come from Rand, WV and played college ball at Marshall. Despite the in-state rivalry, Moss gives credit to a Mountaineer when he deserves it.