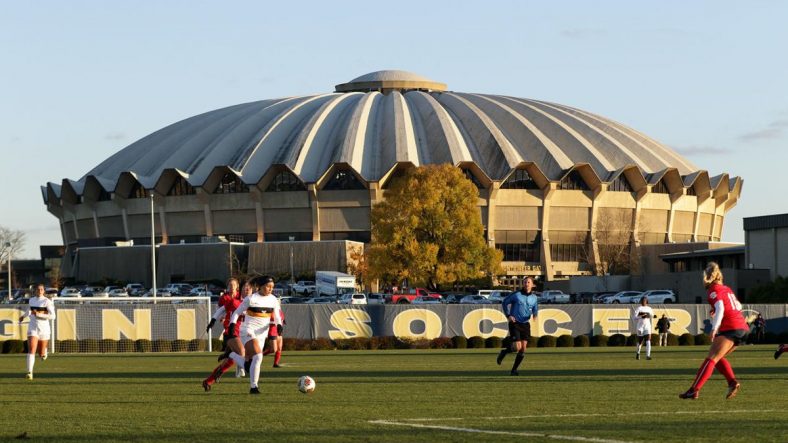 The NCAA’s decision to allow student athletes to benefit from their own name, image and likeness is such a 180 from their previous stance that it’s difficult to believe that it’s true.  The NCAA has always stood firmly that they would not pay players and that an athlete’s scholarship was more than enough to compensate them for the money the university is making off of them.

In a shocking turn of events, the Board of Governors chairman and President of Ohio State University Michael Drake released a statement following an NCAA meeting, saying in part, “We must embrace change to provide the best possible experience for college athletes.  This modernization for the future is a natural extension of the numerous steps NCAA members have taken in recent years to improve support for student athletes.”

The ruling is a massive win for student athletes, of course.  After making billions and billions of dollars for universities, players being compensated is an obvious, fair decision and should have happened a long time ago.

The argument that athletes are paid with their free education is antiquated.  Consider the elite players in football and basketball who make their selected university a lot of money and leave to become professionals without receiving a penny for what they did for the school they attended.  That “free education” is meaningless to them.

Realistically, athletes have made billions of dollars and live under very difficult conditions while doing so.  Unable to get a job due to time restraints, athletes have very little spending money available.  What reason would an athlete have to stay in college when he/she could make more playing sports professionally?  Paying players is long overdue and I’m glad that it’s finally becoming a reality.  Having said that…

The cons far outweigh the pros.  To begin, the disparity gap between a team like West Virginia and one like Duke in basketball or Alabama in football will become even more wide and more pronounced.  Why would a player choose to go to West Virginia when it could go to one of the larger schools and instantly be given a far better shot of exposure?

Oscar Tshiebwe, the former 5 star McDonald’s All-American and current West Virginia Freshman, would not have chosen the Mountaineers and he shouldn’t under the future rules.  Money is important to everyone but particularly to young people just starting their adult lives.  This is terrible for college sports.  The elite programs already have huge advantages and it will only get worse under the new NCAA decision.

The confusing nature of how students will be paid and what will be considered legal payments will be extremely confusing as well.  The potential issues it will cause are almost limitless.  Future elite players are going to be walking around campuses as millionaires.  This is grotesque for other students at universities who are attending school legitimately to become teachers, doctors, etc.  One of these students sitting next to a millionaire in class who doesn’t care whether he is there or not is just plain bad for academics.

While I wish there was a plan in place where student-athletes can be paid and it not negatively impact college sports, it just doesn’t appear truly possible.  The far-reaching implications will not necessarily ruin college sports, it will certainly not make it better.