Proof Texas is the Most Petty 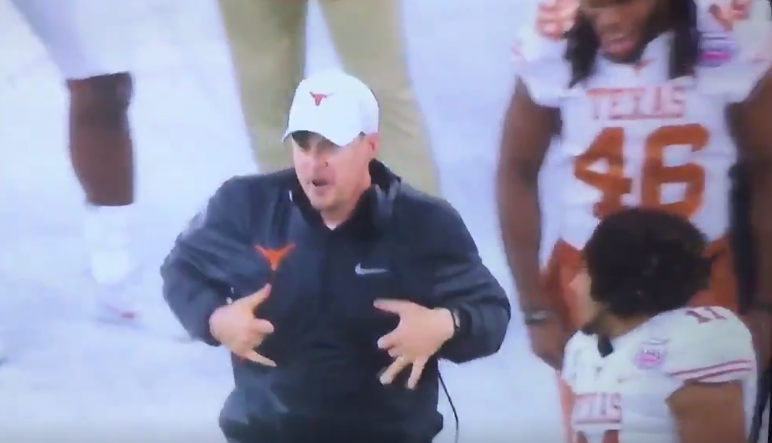 This past weekend LSU took a trip to Austin to take on the Texas Longhorn in a battle of top ten teams. Both sides were jacked up for this one.

After closing last season with a big bowl win over Georgia, Sam Ehlinger screamed from the rooftop that “Texas is back!”

Unfortunately for Ehlinger, Texas is not back. Not yet anyway, after suffering an early season home less to the Tigers by a final score of 45-38.

.@S4CKGURU not phased at all by the Texas students throwing drinks. #LSU leaving Austin with a win. pic.twitter.com/IasOHxmu3Y

This early season showdown was setup to be a classic game at Texas Memorial Stadium. The visiting fans might dispute this. Not because of the result of the game, but because of how far away their seats were.

LSU was allocated only 3,000 tickets to the game on Saturday, according to WBRZ Baton Rogue. All of these seats were on the uppermost level of the stadium.

This is a stadium that holds over 100,000 fans. To only provide 3,000 to the visiting fans in an out-of-conference game is ludicrous.

The game was particularly challenging for the LSU band, who was seated what probably seemed like a mile from the action. They were in the nosebleed seats and many fans took to Twitter to point out how far they were away from the action on the field.

Proof Texas is the Most Petty

They put the LSU band in the sun and basically on the sun. pic.twitter.com/eiINOkTR3C

Well. Texas is not a fan of LSU’s band. pic.twitter.com/aH9s3rfe1n

Some might call this some gamesmanship but most would describe it as Texas being petty or worse.

This wasn’t the first time Texas has been accused of being petty. Who could forget when Tom Herman cried to Big 12 officials over the Mountaineers use of the “Horns Down” signal.

Tom Herman complaining about Will Grier running it in on the 2-pt conversion to win the game is fantastic. #WVU pic.twitter.com/s1HY3OhgBT

This came after a bowl win where Herman and his players mocked the hand signal that Drew Lock and the Missouri Tigers used.

Next season Texas has a trip to Death Valley in Baton Rogue on the schedule. They better pack their binoculars and sunscreen for when the Longhorns visit Tiger Stadium.