Press Virginia is BACK 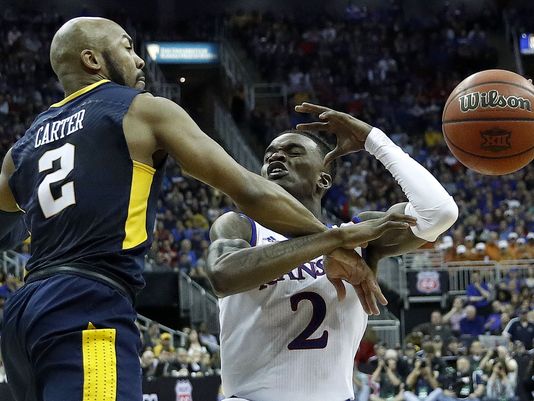 West Virginia added two JUCO guards this week, giving the team some much needed backcourt depth. How much depth? Enough to bring back Press Virginia.

While announcing the signing of guard Tajzmel “Taz” Sherman, Huggins said that he brings a great deal of athleticism and length to the guard decision. He also confirmed that the return of Press Virginia is coming.

“Taz adds tremendous athleticism to the guard position,” Huggins said. “He is very fast with the ball. His quickness and length will be welcomed as we reintroduce Press Virginia.”
Press Virginia is back.

Athletic guards are what ushered in the Press Virginia era. In the form of Jevon Carter and Daxter Miles Jr. The four-year starters were the backbone of the WVU full-court press.

Additional to Carter and Miles Jr. there was also a great deal of depth at the guard position for West Virginia. Guards like Jaysean Paige, Tarik Phillip and Teyvon Meyers along with athletic bigs such as Jonathan Holton and Devin Williams, it allowed the team to thrive in the up-tempo style of Press Virginia.

This was a great example of the legendary coach Bob Huggins improvising on the fly. While he didn’t have the type of roster he has usually had success with through the years, he was able to put a system in place that led to success. Lots of it. During the next four seasons they made it to the NCAA Tournament all four times, including three Sweet Sixteens.

Last year West Virginia was forced to go away from the pressing style due to circumstances. The team lacked the depth and the ball handling abilities to succeed in that style of play. Huggins’ young team already had enough on its plate without having to worry about forty minutes of full-court pressure.

This Team Has the Depth Needed to Press

With guards Jordan McCabe, Brandon Knapper, Emmitt Matthews, Chase Harler and Jermaine Haley returning and being joined by Miles McBride, Sean McNeil and Tajzmel Sherman. The team will be loaded with athletic guards. If there’s one thing needed to implement Press Virginia, it’s depth. This team should have plenty of that.

Then when you factor in the long, athletic wings that can get their hands in passing lanes, such as Matthews, Haley and Harler, this team might be built perfectly for the press.

In the front court, Derek Culver will be joined by McDonald’s All-American power forward Oscar Tshiebwe. In the Press Virginia style of play there will likely be only one big man on the floor at a time joined by athletic guards and wings. Having two big men to give each other a rest when needed will be a very key component of this version of Press Virginia.

After a rough 2018-2019 season, it appears big things could be on the way for the 2019-2020 season. Coming off of a disappointing season, Bob Huggins is determined to get things back on track. It looks like an uptempo style that forces turnovers is part of his plan.

Press Virginia is back.