Prediction: Best Virginia Will Win The Basketball Tournament and the $2 Million Prize 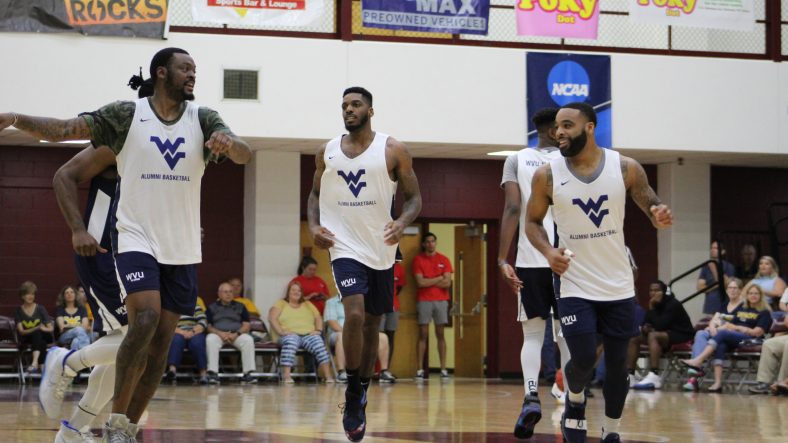 $2 million dollars divided among fifteen players and coaches is life-changing money, even for players who play professionally overseas and coaches who have been in the business for several years.  The Basketball Tournament is a 64 team event and there’s a winner-takes-all $2 million prize.  If Best Virginia were to win the whole thing, and I think they have a very good chance, each player stands to earn approximately $140,000 and each coach will receive about $40,000.

With an incredibly-talented starting five of Juwan Staten, Jaysean Paige, Da’Sean Butler, Kevin Jones and Devin Williams, anything is possible.  Tarik Phillip, Darryl “Truck” Bryant, Teyvon Myers, Nathan Adrian, John Flowers and Elijah Macon round out a versatile, skilled team that has the size and chemistry that can compete with any of the teams in The Basketball Tournament.

When Best Virginia plays Seven City Royalty, a collection of former players from Old Dominion, it will be clear to everyone watching that they are built to compete with anyone.  According to a MetroNews article, former West Virginia assistant coach Billy Hahn said, “This is the best time I’ve ever had coaching in my life because these guys don’t have egos.  They come out here and play like pros and they’ve built a great chemistry together.”

The toughest competition will come in Round 2, if they advance past Seven City Royalty in the 1st Round, when they will likely play Overseas Elite.  Overseas Elite is the top ranked team in The Basketball Tournament, according to ESPN, and has won The Tournament four consecutive years.

ESPN’s 1-64 ranking for each team said about Overseas Elite, “Seeking its 5th straight TBT title, No. 1 overall seed Overseas Elite returns to the bracket as the heavy favorite to cut down the nets despite the departures of Kyle Fogg and Errick McCollum. Led by two-time tournament MVP D.J. Kennedy and former NBA guard Jeremy Pargo, the roster has the experience and chemistry needed to win another $2 million prize.”

If Best Virginia can find a way to get past Overseas Elite on Saturday, Best Virgina’s chances of winning The Tournament will go up drastically.  Best Virginia is not only playing for the $2 million prize, they are playing for an entire state.  John Flowers, the player/General Manger of Best Virginia, said, “We are here to represent our great state of West Virginia as the blue collar, hard working state that we are! Let’s go Mountaineers!”