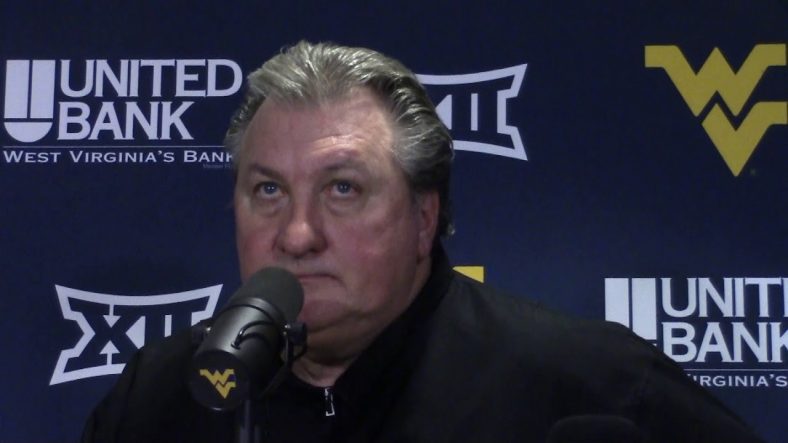 The Mountaineers took a tough loss at home against Kansas. Coach Bob Huggins along with the Mountaineer players took time to speak with the press.

First up is Bob Huggins. He gave credit to Kansas, “They just out-toughed us.” He went a little more in-depth when explaining the offensive issues the Mountaineers had late in the game.

Sagaba Konate had a first half for the ages. This game should have been a celebration of Konate becoming the best center in the Big 12. Konate finished the game with 16 points, 10 rebounds and five blocks.

Instead there was a second half collapse and that is the focus.

Esa Ahmad had another solid night offensively as he scored 15 points on 5 of 8 shooting and added four rebounds in 28 minutes. He did have some defensive lapses, but overall the Mountaineers have to be happy with Ahmad’s production two games in.

Since conference play has started Jevon Carter has had struggles offensively. It continued against Kansas as he went 4-for-15 from the field to go along with four assists and 3 rebounds. The Mountaineer leader contributed his usual solid defense and ball handling, but missed some big threes in the final minutes of the game.

Check out some of the reactions to the game on Twitter:

Kansas committed one foul in the final 9:27 Monday night, and #WVU allowed it to happen. "I think all those 3-point shots is honestly a lack of toughness." (VIP) https://t.co/OYO2ON34PL

For a half, #WVU seemed well on its way to yet another home win over Kansas leading by double digits. Problem is there are two in basketball https://t.co/oCVrgw5TUN Now it’s time to regroup and toughen up. “The fall is hard.” ($) pic.twitter.com/Zn5EUfYoUz

.@WVUhoops can Teddy come out and play?