POLL: Who Would You Rather Have Coach Your Son – Bob Huggins or John Beilein? 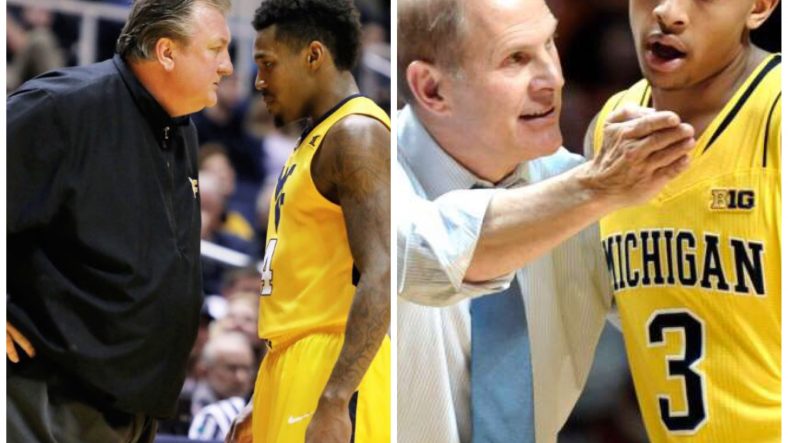 Imagine that you have a son that is one of the elite basketball recruits in the country.  He’s narrowed his choices down to two identical teams, one coached by Bob Huggins and the other coached by John Beilein.

Both have been great collegiate coaches but offer very different choices in terms of relationships with players and playing style.  Which coach would you advise your son to play for?

Bob Huggins:  Huggins doesn’t just coach players to be great on the basketball court, he strives to make his players great men by the time they leave college.  He has a great record of taking 3 star players and turning them into professional players, whether in the NBA or overseas.  His tough love is often perceived as too difficult for some young men, but nearly every player that has played for him has said that they respect him and would do anything to win for him.  He absolutely gets the very best out of his players.  Huggins is among the most successful coaches in NCAA Basketball history and continues to produce high-level teams.  He cares very much about winning for the state of West Virginia and truly cares about his players.  His long-term success as a coach is nearly unprecedented.

John Beilein:  Former West Virginia and Michigan Head Coach and current Cleveland Cavaliers Head Coach in the NBA, John Beilein is an extremely fun coach to play for.  His strategy and offensive tactics puts his players in the best position to score and be successful.  He is, in short, a basketball genius.  Like Huggins, he has a tremendous record of taking average/above average players and making them great.  Beilein is a consummate professional and generally maintains a calm demeanor on the sidelines during games and in practice.  Although Beilein cannot touch Huggins’ overall long-term success in terms of wins and losses, he is universally one of the most respected and admired coaches in basketball.

Which coach would you rather coach your son?