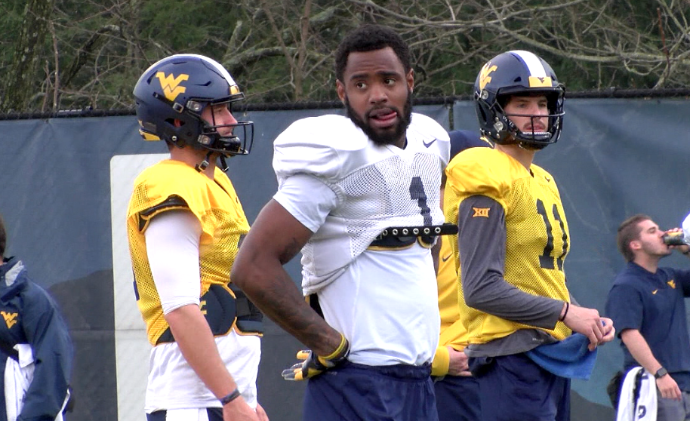 POLL: Who Will Start the Season as the WVU Starting Quarterback?

POLL: Who Will Start the Season as the WVU Starting Quarterback?

The Mountaineer quarterback situation has been very interesting to say the least. After spring practice it’s still anyone’s best guess as to who will be the WVU starting quarterback.

At the close of the 2018 season it looked like it would come down to Jack Allison and Trey Lowe, with Allison having a slight edge. In the Camping World Bowl, with Will Grier sitting out, Allison went 17-of-35 for 277 yards and an interception. Lowe had zero yards passing and three yards rushing. It was one game but it did very little to provide confidence in the quarterback position heading into 2019.

Then in January Jalen Hurts transferred to Oklahoma, which opened up the door for Austin Kendall to transfer to WVU. Oklahoma balked at first, but eventually they granted the waiver that allows Kendall to be eligible immediately and play during the 2019 season.

At that point many people, Mountaineer Sports included, assumed that Austin Kendall was the guy. This is a guy who challenged Heisman winner Kyler Murray for the Oklahoma starting job all the way up until August. How could anyone but Kendall be the Mountaineer starter?

The Gold-Blue Spring Game did very little to clear up the quarterback situation. This was supposed to be when Kendall took control of the situation, but that was not what happened. Neal Brown commented on Kendall’s performance: “Kendall did some really good things throwing the ball down the field.  He’s got to get the ball out of his hand faster. I think that’s the biggest thing for him. It’s been a long time since he’s played.”

Jack Allison was very inaccurate passing in the spring game, going 11-of-24. Trey Lowe did throw a touchdown pass to the since-departed Dillon Spalding, but it does not look as if he is getting real consideration for the starting job.

While many would consider three a crowd, another candidate entered the WVU quarterback competition. West Virginia landed transfer quarterback Jarret Doege from Bowling Green. Doege was the starting quarterback for the 2018 season at Bowling Green. He threw for 2,660 yards to go with 27 touchdowns and 12 interceptions. He also had substantial playing time during his freshman season in 2017.

Doege’s experience puts him ahead of the competition in some ways, but will Neal Brown really start the Bowling Green transfer over transfers from Miami and Oklahoma?

Vote in our poll!

WVU: Running Back U
Mountaineer Commit Aaron Lewis’s Visit is This Weekend – And He’s Bringing Some Friends Along