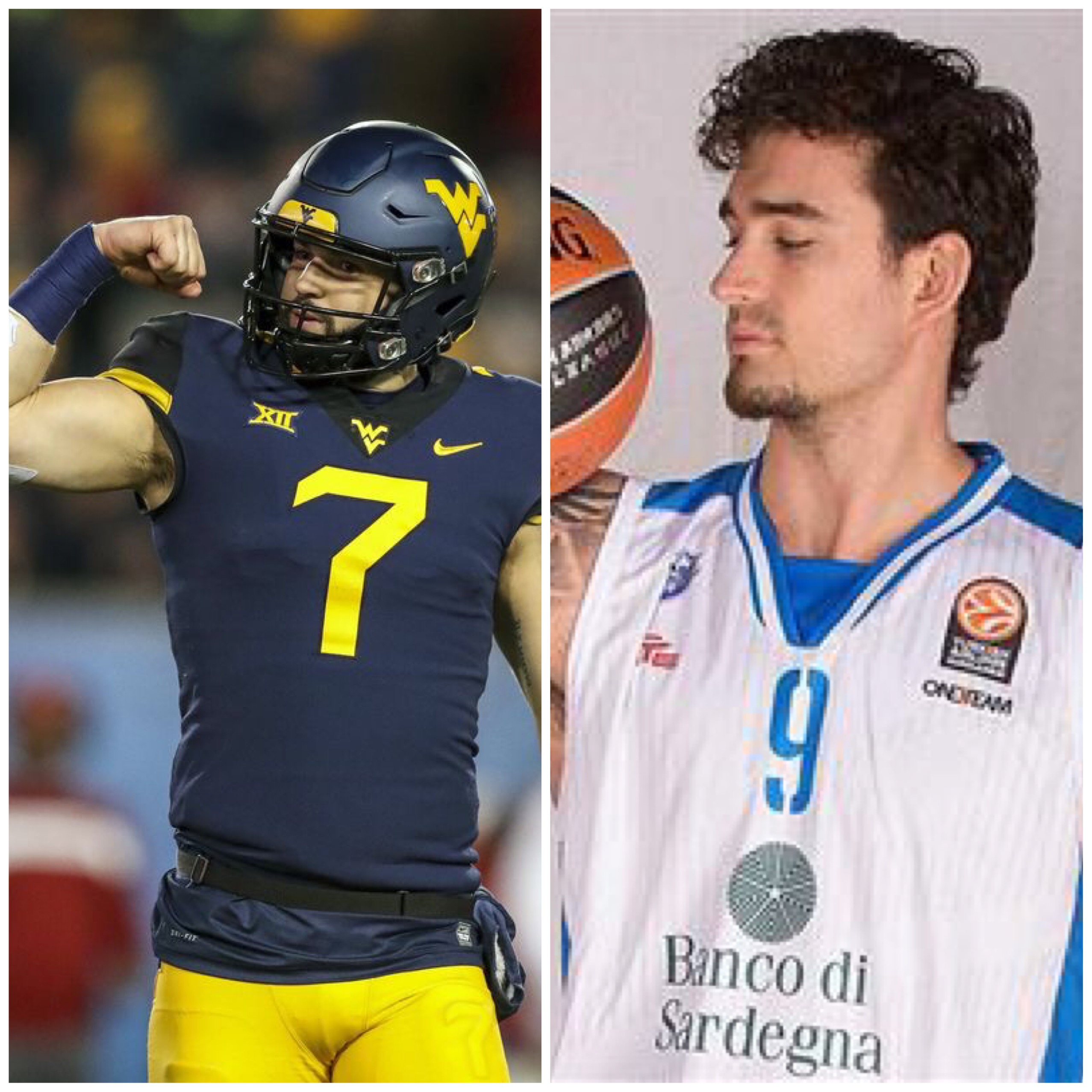 Who is the hottest former WVU sports star? Will Grier or Joe Alexander?

We recently took a close look at our audience to analyze data and found to our surprise that 37% of our audience is female.  Women, it turns out,  are a very large part of the Mountaineer Sports audience.  31% of the our entire audience is between the ages of 35 and 65+, the sexual prime of females.  To simply ignore women would not only be bad business for Mountaineer Sports it would also be unfair to thousands of readers.

As we brainstormed how we can appease this very large group we considered what women like and came up with 1.)romantic comedy movies 2.) hot guys  3.) gossip 4.) drama and 5.) more hot guys.  Our numbers suggest that they also like sports, but we all know that women only watch sports to see hot, muscular guys running around in their tight pants and revealing jerseys.

To begin our campaign of meeting the needs of all of our readers, we decided that a Poll asking readers who is the “hottest former WVU player?” would go over really well.  Women would get to look at the eye candy and they would also get to argue about who they think is the hottest.  Again, they love drama almost as much as they love gazing upon the hot bodies of hunks.

As a heterosexual man, I wasn’t sure which players to choose.  Suddenly, former WVU quarterback and future NFL player Will Grier came to mind.  His long, flowing hair and hot body seemed to be perfect.  He also has an outstanding back story as a loving, caring father and committed husband.  Women adore that.  He was a natural first choice for our poll.

Grier seemed to be a runaway pick for “hottest player in WVU history”, but then I thought of the former player that had the characteristics that all women find irresistible.  Former WVU basketball player Joe Alexander.  His desirability was and remains off the charts.  Aesthetically pleasing face, tall, slender, fantastic body, outstanding muscle tone, boy next door charm, he had/has it all.  In addition, he played briefly in the NBA so he’s got some of that NBA money.

So women, who do you think is the sexiest former athlete in West Virginia University history?  Will Grier, the doe-eyed husband and dedicated father with his long locks and future big-time earning potential in the NFL.  Or Joe Alexander, the perfect Adonis and former WVU basketball player turned  Turkish professional star.  Let us know in the comments!