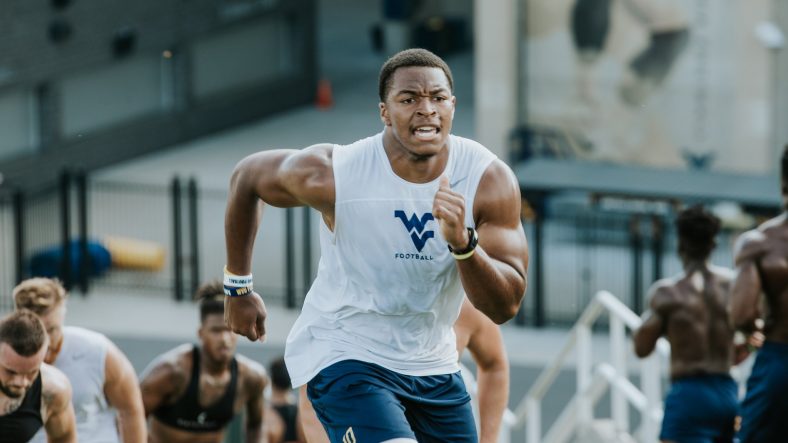 I believe in Neal Brown and I still very much “trust the climb”, but the idea of playing Redshirt Freshman Trey Lowe makes almost too much sense right now.

As 33.5 point underdogs against the Oklahoma Sooners, the West Virginia Mountaineers absolutely must do something different to avoid an absolutely embarrassing blowout in Norman.

Austin Kendall, if healthy, will not be able to pass downfield against a vicious Sooners’ secondary, which only gives up 199.8 yards a game.   If Austin Kendall is unable play due to injury, Jack Allison will suffer behind an offensive line that will be bullied all game by a ferocious Oklahoma defensive line.

While I don’t question Neal Brown’s decision to play Allison against Iowa State after Austin Kendall went down with an upper-body injury, there is simply no way that Brown would feel like West Virginia has a chance against Oklahoma with Jack Allison at quarterback.  The fact that no one, including Coach Brown himself, would give West Virginia a chance with Allison as the starter is important because it begs for the question “what does WVU have to lose by starting Trey Lowe?” to be asked.

What does WVU have to lose by starting Trey Lowe?  A humiliating loss is possible regardless of the starting quarterback.  Clearly Coach Brown has seen something in Lowe that prevents him from playing him right now; perhaps Lowe has made terrible mental mistakes in practice, perhaps he’s too young and inexperienced, or maybe he doesn’t throw the ball downfield as well as Kendall or Allison.

Still, Lowe brings a lot to the table that neither Kendall or Allison never can.  West Virginia’s offensive line will not be able to compete against virtually any of the Big 12 defensive lines and the Mountaineers need a quarterback that can move and make plays happen when the pocket collapses because the pocket will collapse often.

Lowe’s mere presence will also likely open up at the run game.  The Zone Read offense that Brown has run in the first six games of the season would finally have a chance.  With the threat of Lowe running, our incredible stable of running backs would have a chance.

Even if starting Lowe wouldn’t yield immediate positive results, it would prepare a talented Redshirt Freshman for the future.  What better way to give a young player experience than to throw him into a game against the Oklahoma Sooners in Norman?  Allison has no real future in Morgantown with Austin Kendall, Jarret Doege and incoming Freshman Garrett Greene in front of him.  In other words, this incredible experience of playing at Oklahoma would be wasted on Allison.

Neal Brown is an intelligent coach who is doing amazing things at West Virginia, but he is not above being questioned.  An obvious question that needs to be asked is “why not Trey Lowe, why not now?”  West Virginia’s lazy, close-minded sports media members unfortunately will never ask Neal Brown that very question that is on the tip of every Mountaineer fans’ tongue.