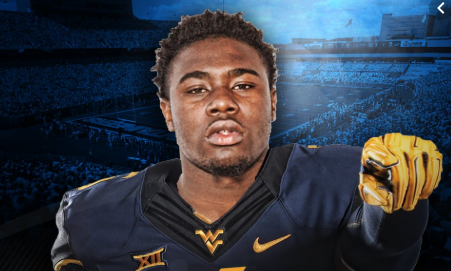 West Virginia struggled to move the ball and was down 7-3 at halftime.  On the first play of the game, the Mountaineers went to Tevin Bush on the very first play of the 2nd half and it turned everything around.  Bush caught a pass across the middle, made a juke move and accelerated past a bevy of James Madison defenders for a 41 yard gain.

Tevin Bush with the big gain to start the second half.#HailWV pic.twitter.com/e2cJq3geDQ

With 8:48 left in the game and West Virginia up 13-10, quarterback Austin Kendall found a wide-open Tevin Bush in the endzone on 3rd down and 3.  This touchdown was another huge turning point in game and extended the lead of the Mountaineers.