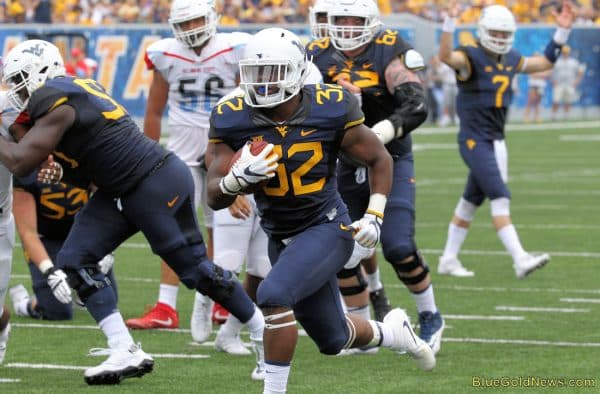 West Virginia had a very balanced attack on the ground and through the air against Kansas, making it challenging to choose a player of the game. The nod went to Martell Pettaway, who had six carries for 40 yards and two touchdowns.

Touchdown West Virginia! Extends lead to 17-7.@YeeaahhP takes it to the house! pic.twitter.com/LeqoRifwe4

Pettaway’s second touchdown is what essentially sealed the win for the Mountaineers. The seven yard touchdown put West Virginia up by 12 with five minutes to go.

Other Stories on the Kansas Game:

After not seeing any action against North Carolina State, it’s good to see Pettaway back on track. Pettaway, Kennedy McKoy and Leddie Brown combined for 183 yards on the ground against the Jayhawks.