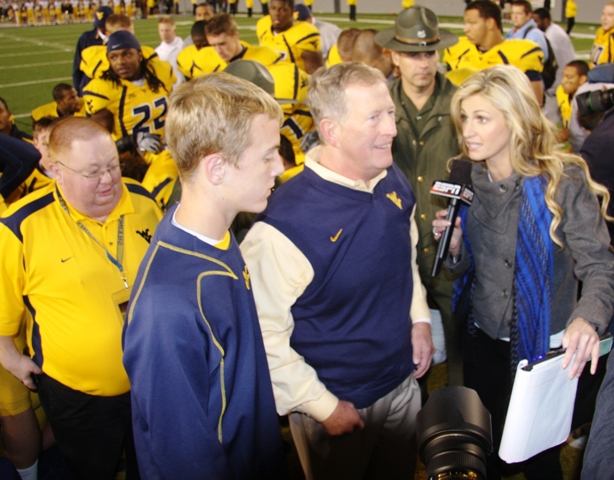 Wow. What a clip. Stewart was certainly a big influence on Tomlin.
Check it out:

Mike Tomlin has always been one to give credit where it is due and to realize the impact that those in his past had on his current successes.

Stewart gave Tomlin his first coaching job after his playing days at William and Mary came to an end and as he tells it, his intention was not initially to take a job. Stewart had other ideas, though, and the head coach at Virginia Military Institute ultimately got his way.

“I’ll never forget,” Tomlin told NFL Films, reflecting on his first weekend with Stewart at VMI. “They were in the middle of spring ball and he said, ‘Hey, just come up and spend a weekend with us and see if it’s something that you could sink your teeth into.’ Looking back at it, knowing Stew now, I know that was a set up, you know. I got there, they handed me a script, I coached all weekend.”