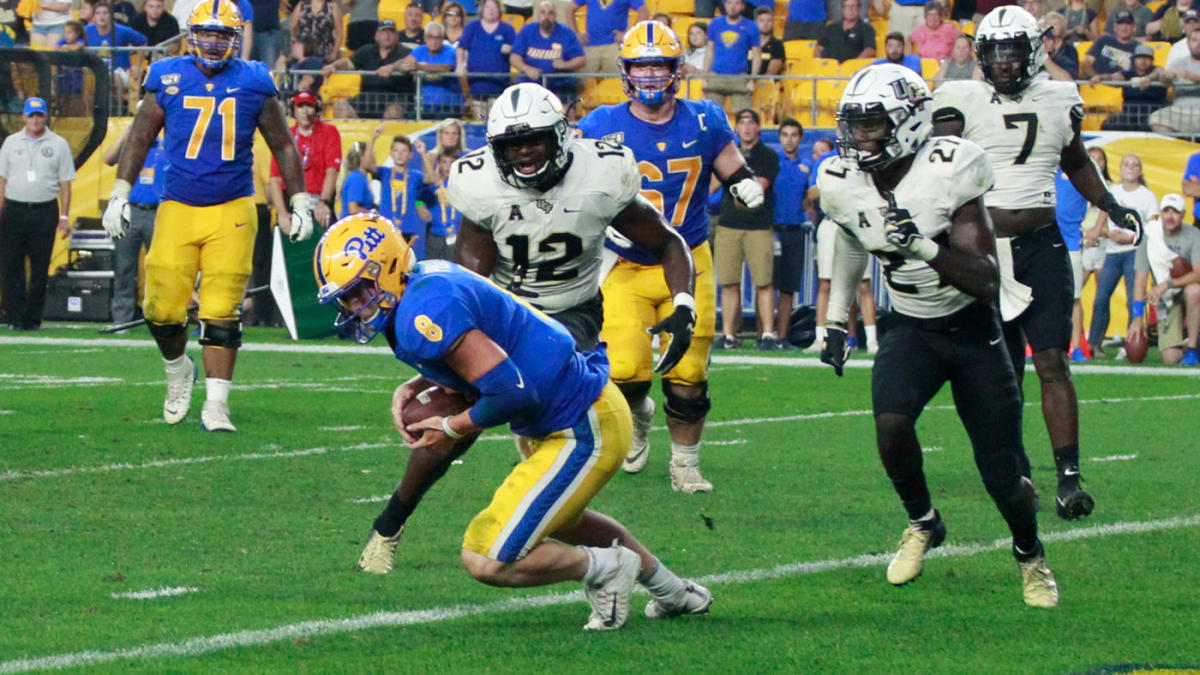 Pitt Takes Down No. 15 UCF In Front of This Embarrassing Crowd

Pitt Takes Down No. 15 UCF In Front of This Embarrassing Crowd

It’s long established that Pitt can’t draw much of a crowd to Heinz Field. Since they started playing at the home of the Pittsburgh Steelers it’s been very difficult for them to pack the house.

Of course, there are some exceptions. That would be when there is a road team that brings enough fans to fill the stadium. One perfect example of this would be their neighbors to the south, West Virginia. Anyone who has been to the Backyard Brawl at Heinz Field knows that the Mountaineers are represented extremely well when it goes down.

This past weekend Pitt took down No. 15 Central Florida and they did it in front of a dreadful home crowd. Pitt somehow pulls these wings off every so often and it’s embarrassing that they received this much national exposure in a game with an empty stadium.

Kickoff and we’re underway between #Pitt and #UCF pic.twitter.com/lqSfK2DO9k

Fear not, Pitt. Your friendly neighbors to the south will be there to pack the house in just a few short years:

Just 1,077 days and the Backyard Brawl will return. It will be here before we know it.

VanDarius to the Rescue!
WVU vs Texas Kickoff Time Announced